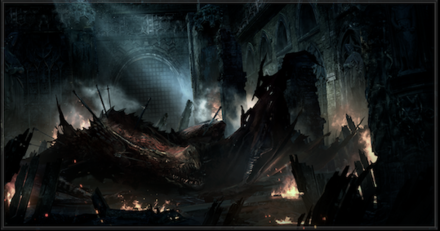 This is the story walkthrough for 1-4: Penetrator Archstone in the Demon's Souls Remake (DS) for PS5. Keep reading for maps, tips on how to complete this stage, a list of NPCs, and items that can be found! 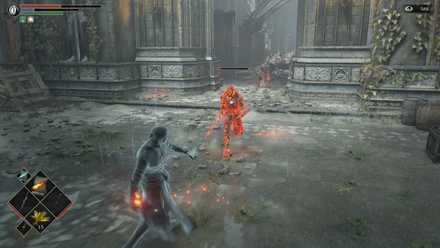 The three Black Phantoms do not respawn. This makes killing even one of them extremely worth while. If you're having trouble defeating the three of them, you can lure them out one by one by using ranged attacks. 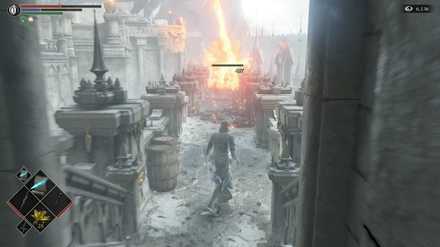 It is impossible to kill the Drake right now, but reducing its health will allow you to proceed. Using a bow and bringing a lot of arrows is the key to making the Blue Dragon retreat. 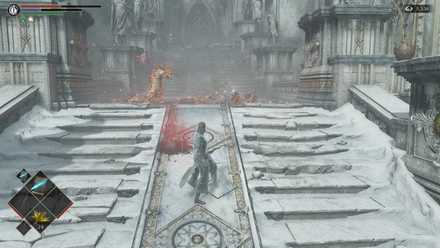 While killing the Blue Dragon will be easier if you can get beneath it, you can also snipe it from one of the pillars to your right at a safer distance. The further away you are the less damage you do but the safer you will be.

How to Beat Old King Allant

Black Phantoms Will Not Respawn

After entering the starting area of 1-4. You'll immediately encounter 3 phantoms. They might be difficult to dispatch but even successfully defeating one will make it permanently disappear making your future runs easier. Take them out one by one for an easier future runs.

Slaying the Blue Dragon will give you a Large Flame-Scale Demon's Soul as well as an achievement. To do this, you will need a bow and a lot of arrows. And we mean a lot.

The game has two ending you can choose at the last section of the game. There's a few bits of things you need to do to get to the last area after clearing 1-4. Refer to our ending guide for more details.

Which Ending Should You Choose?

If you have saved Ostrava from all the previous areas in Boletaria, he will be sitting on the staircase leading to King Allant's arena. He appears depressed and will commit suicide after you speak to him.

Biorr of the Twin Fangs

If you saved him by unlocking his cell near the Tower Knight's Archstone, he'll show up to provide supporting fire against the Blue Dragon.

Alfred, the Knight of the Tower

He uses a heavy shield and a mace. It is possible to get behind him for a backstab due to his slow attacks.

Metas, the Knight of the Lance

Metas is quite speedy so you'll want to rely on shielding to punish his attacks. Using a Riposte is also possible but can be quite difficult to land due to his speed.

Despite her name, she can switch to a Scimitar when you approach her. The key to this fight is to shield against her attacks while keeping close. If you get hurt, you can hide behind one of the pillars nearby to regenerate your health.

In order for us to make the best articles possible, share your corrections, opinions, and thoughts about 「1-4: Penetrator Archstone Story Walkthrough and Map | Demon's Souls PS5」 with us!