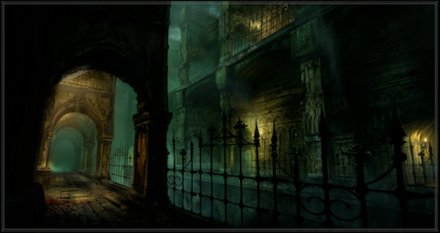 This is the story walkthrough for 3-1: Tower of Latria in the Demon's Souls Remake (DS) for PS5. Keep reading for maps, tips on how to complete this stage, a list of NPCs, and items that can be found!

The ★ indicates the Archstone (aka, your starting spot). The Blue lines represents fog, the red lines are unlockable doors via keys and the greenlines are doors that don't require a key. 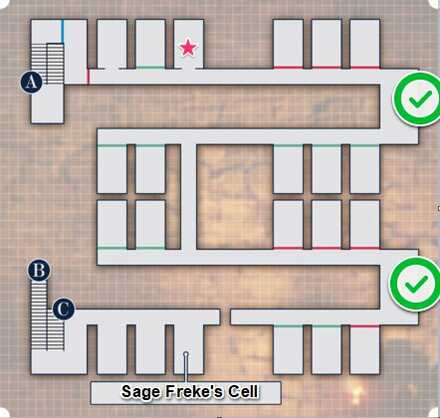 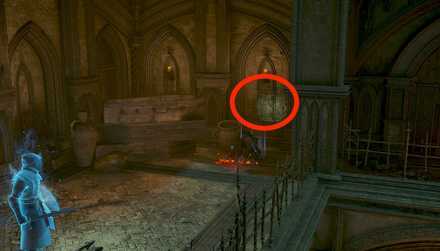 The Keys can easily be spotted on the walls of floor 1. 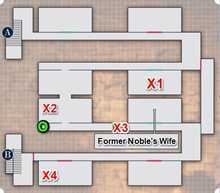 The Green circle refers to the Prison of Hope 4F Key and Cell Key. 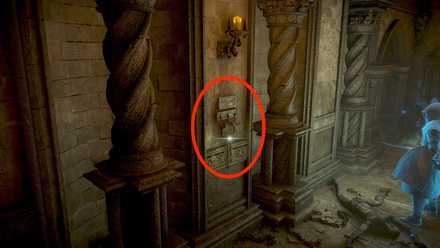 The key for Floor 1 are found just outside the Warden's Hall. Make sure to grab these keys.

The Warden's Key is necessary to proceed to the Boss area (the normal way). The key can be obtained just at the end of the Iron Maiden Ballista's firing range. Loot the corpse just outside the ballista's range to get it.

How to Beat the Fool's Idol

3-1: Tower of Latria Tips and Tricks

Beware of the Mind Flayers 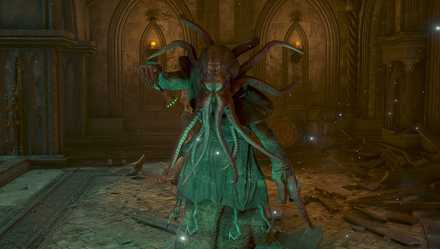 Mind Flayers are your main enemies in the Tower of Latria 3-1. They act as a prison keeper of sorts and can use a ranged attack that will paralyze you. While paralyzed, they can grab you for lethal damage. They can also use a wide 360-degree attack that damages and knock backs targets. 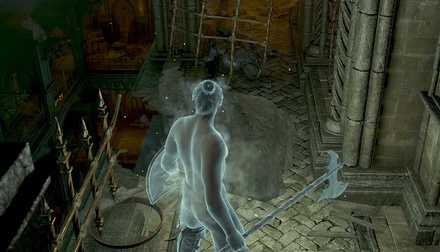 There are several broken ledges that can make you fall to lower floors or cause your death with the latter happening more frequently. Caution is the game when exploring the Tower of Latria. Refer to our map section to avoid these dangerous falls.

The Ballista's Arrows Can Be Dodged

The Ballista's arrows can be dodged using the invincibility frames from your roll. You need to do this to obtain the Time for Rolling Trophy. 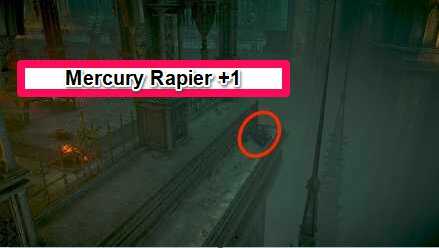 At the area with the Iron Maiden Ballista, you can tread the sides of the path by entering the broken fence. At the end of the path, you can loot a corpse that contains a Mercury Rapier +1. It's a rapier that has poison attribute and it can be used greatly against enemies with huge HP pools like the Bearbugs in 2-1.

Where to Find Sage Freke

Where to Find Rydell 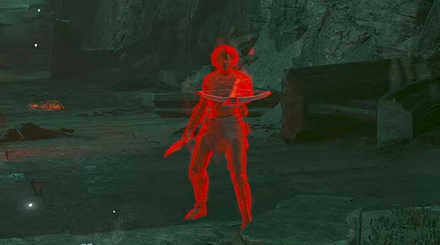 The Unnamed Black Phantom uses a Crossbow and a Dagger. You can attempt for a quick backstab after it uses it's crossbow for a cheesy fight. You should also be careful about it's dagger, it can go for a Riposte or a Backstab if you're not careful.

In order for us to make the best articles possible, share your corrections, opinions, and thoughts about 「3-1: Tower of Latria Story Walkthrough and Map | Demon's Souls Remake」 with us!