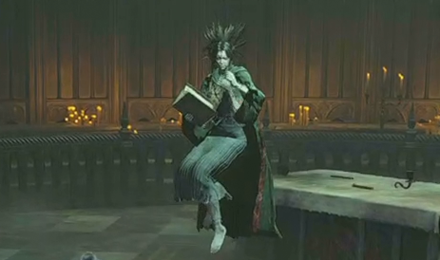 This is a guide on how you can beat the Fool's Idol boss in the Demon's Souls Remake for the Playstation 5. Read on to learn strategies, drops, and stats about the Fool's Idol.

How to Beat the Fool's Idol

How to defeat the boss without attacking her clones!

Before Fighting the Boss, Take Out the Follower

Defeat the Prisoners in the Boss Area

It is dangerous to get close to the prisoners, so be sure to defeat them. However, when prisoners are present you will be able to determine the location of the magic circles that cause paralysis.

Try to get as Many Hits as Possible when Attacking

When attacking the boss, she will instantly teleport away after staggering. When landing blows make sure to start from max stamina and land as many hits as you can.

After Making Clones, the Real Body will Fire a Larger Soul Ray Spell

Compared to the other bodies who fire small magic attacks, her real body will fire a larger soul ray spell. Attack her real body while being careful of the magic circles as well as the incoming magic attacks. The real Fool's Idol will also not have a health bar above her head when locking on so search her out and take her down!

Approach A Clone To Know if It's a Fake

The Clones have their own health bar, fortunately, these healthbars appear when you proceed to melee range against the idol. Use this to make sure that you avoid accidentally hitting a clone which might deny you the “not fooled” trophy.

In order for us to make the best articles possible, share your corrections, opinions, and thoughts about 「How to Beat the Fool's Idol | Not Fooled Trophy Guide | Demon's Souls PS5」 with us!