This is a guide to Zangoose's Photodex entry in New Pokemon Snap (Pokemon Snap 2) for the Nintendo Switch. Here you can find out how to take one star, two star, three star, and four star photos for Zangoose, and how to get a diamond star rating!

Where to Find Zangoose

How to Get All Stars for Zangoose

How to Take Zangoose 1 Star Photo

Walking on the beach

For a 1 Star Zangoose Photo, get a close-up shot of Zangoose on the first beach/area of the Beach (Night) course. Make sure not to lure out the Seviper or else Zangoose will start fighting it, which is the objective for a photo of a higher star.

How to Take Zangoose 2 Star Photo

Hit Zangoose with a Fluffruit

In Research Level 1 of Beach (Night), you can spot two Zangoose in the first area of the course. It is best to capture this shot with the first Zangoose since it walks closer to the player. Toss a Fluffruit at the Zangoose and take a photo as it stands on alert.

How to Take Zangoose 3 Star Photo

This photo can be taken while completing the requests When Archenemies Meet or Sitting and Waiting. Click either link for a more detailed walkthrough on how to set up this scenario between Zangoose and Seviper.

At the start of Beach (Night), you have to throw an Illumina orb at the Primarina on a rock just off the shore. Doing so, will cause the Zangoose to walk over to the bush near the end of the area, where it can encounter Seviper.

Throw a fluffruit directly at the bush then immediately turn to face Zangoose. Snap a photo of Zangoose taking up a battle stance against Seviper in order to achieve the 3 Star photo.

How to Take Zangoose 4 Star Photo 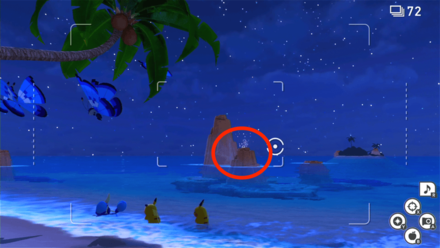 You can take a 4 Star photo of Zangoose by capturing a photo of it battling against Seviper in Research Level 2 of Beach (Night). To get the two Pokemon to fight, you first need to toss an Illumina Orb at the Primarina in the distance. 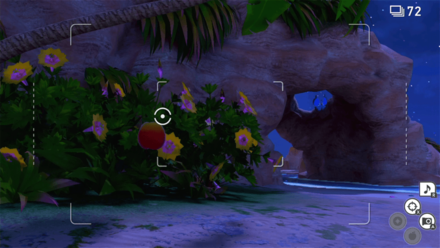 Register as a member and get all the information you want. (It's free!)
Login
Opinions about an article or post go here.
Opinions about an article or post
We at Game8 thank you for your support.
In order for us to make the best articles possible, share your corrections, opinions, and thoughts about "Zangoose Locations and How to Get All Stars" with us!
When reporting a problem, please be as specific as possible in providing details such as what conditions the problem occurred under and what kind of effects it had.