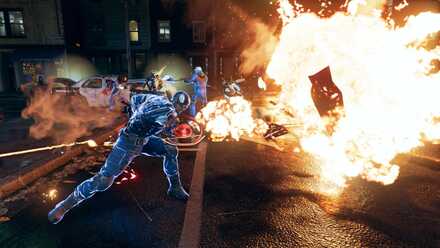 This is a guide to building Captain America in the Marvel's Avengers game. Know more about the best attributes, best gear perks, and best early game skills for Captain America below!

Getting the Ranged Attacks abilities early in the Primary Skill tree is recommended to get as Captain America has the best ranged attacks in the game. After those you will want to focus on the his Ultimate Heroic as you can essentially have it available almost all the time.

The Ultimate Heroic Specializations are going to be the highlight of this build. Combined with the Heroic Takedown Mastery. you can have Brooklyn Brawler available as soon as the first one ends.

This build will focus on Captain America's ranged attacks and his Brooklyn Brawler Heroic. Increasing both his damage outputs will help put enemies in critical health to be able to use Takedowns while Brooklyn Brawler is on with the CQC Specialist upgrade.

For Captain America, upgrading his Ranged abilities are a must right away. He has one of the best-ranged attacks among all the other Heroes, it would be a waste if you did not get them as soon as possible.

Ring of the Nibelung

This will make sure you will have enough or almost enough Heroic energy when you need it.

This Artifact is one of the best ones to use in any build as the Damage Boost is effective and will help you no matter what. With it activated during Brooklyn Brawler you will be able to get enemies to critical health easily and use Takedowns on them.

Register as a member and get all the information you want. (It's free!)
Login
Opinions about an article or post go here.
Opinions about an article or post
We at Game8 thank you for your support.
In order for us to make the best articles possible, share your corrections, opinions, and thoughts about "Best Captain America Build" with us!
When reporting a problem, please be as specific as possible in providing details such as what conditions the problem occurred under and what kind of effects it had.