Who Should You Pull From 3rd Anniversary Hero Fest Part 2? | Fire Emblem Heroes

This is a page about the 3rd Anniversary Hero Fest Part 2 banner from Fire Emblem Heroes (FEH). If you want to know about the heroes Brave Ephraim, Brave Veronica, Brave Celica, and Brave Hector, or you are wondering who to pull for, please read on.

Who should you pull from 3rd Anniversary Hero Fest Part 2? 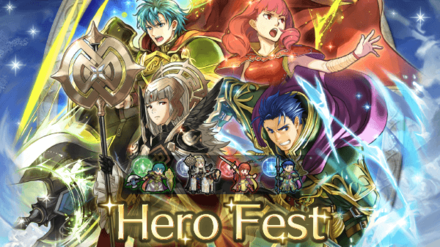 The best unit to pull from this banner is Veronica. Veronica is both an excellent support unit, as well as a strong attack phase unit who can prevent enemy counterattacks. This unit has so many applications on a wide variety of teams, so definitely pick her up if you have not yet.

Pull if you do not have Veronica

As Veronica is an excellent unit, and makes a great addition on most teams, we definitely recommend trying to obtain her. She is useful in single player as well as PvP modes as a support/attack phase unit, so if you do not already have her, now could be a good time to try.

Pull if you want merges

Since there is a good chance you already have one or more of these units, this is also a good chance to power them up. If you want to merge these units and make them even stronger, pull from this banner.

Register as a member and get all the information you want. (It's free!)
Login
Opinions about an article or post go here.
Opinions about an article or post
We at Game8 thank you for your support.
In order for us to make the best articles possible, share your corrections, opinions, and thoughts about "Who Should You Pull From 3rd Anniversary Hero Fest Part 2?" with us!
When reporting a problem, please be as specific as possible in providing details such as what conditions the problem occurred under and what kind of effects it had.