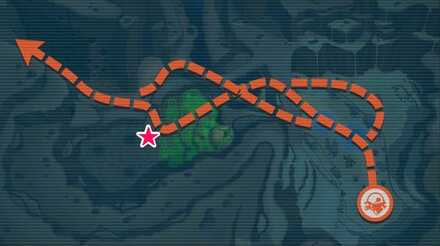 Badlands (Night) Walkthrough: List of Pokemon and How to Unlock

How to Clear Gassy Swamp Battle 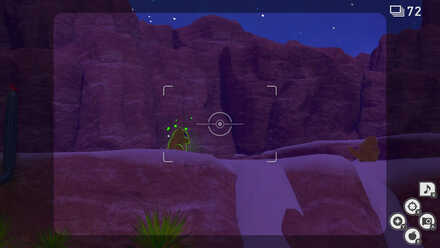 Near the start of the course, you can find two Sandshrew on a top of a hill to your left. Toss an Illumina Orb at the Sandshrew on the left and wait for it to get into position. 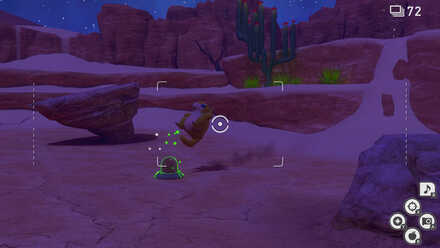 Once Sandshrew is in position, toss an Illumina Orb at the Diglett hidden underground at the bottom of the slope. As Sandshrew rolls down the hill, it will bump into Diglett and will start to dig underground.

Move Diglett after Sandshrew Pops Up 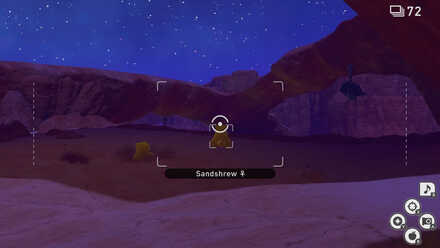 Sandshrew will pop up once again to join its friend in the area before reaching the sleeping Gliscor. 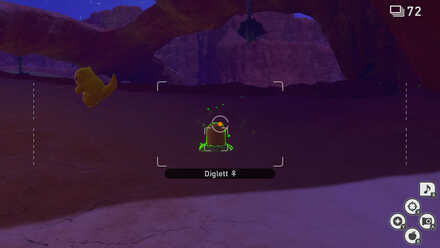 After you see it pop up from underground, reveal the Diglett to the right of the other Sandshrew by tossing an Illumina Orb at it. Once it reveals itself, throw a Fluffruit at it to make the Diglett move to the bottom of the slope.

Wake Up the Sleeping Gliscor 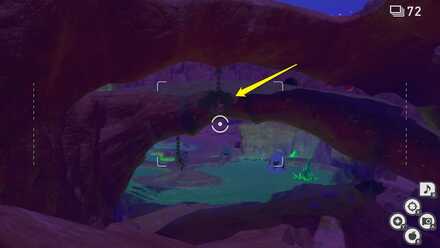 Wake up the first sleeping Gliscor on the left by tossing a Fluffruit at it. Once it is awake, it will start flying towards the Minior craters. 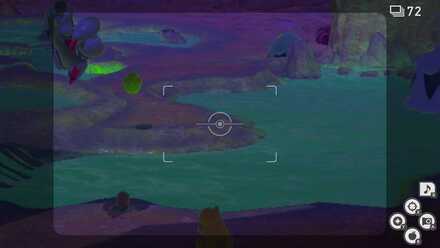 If you did the first two steps right, you should see the two Sandshrew rolling down the hill. However, when the second Sandshrew makes its way down, Diglett should pop up from underground and launch the Sandshrew over the sludge pool, hitting the sleeping Scolipede to wake it up.

Take a Photo of the Fight 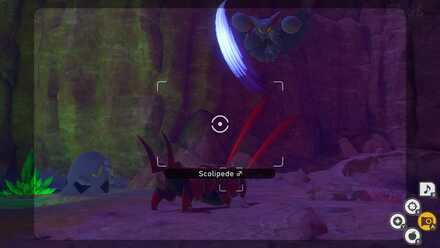 As you pass through the toxic swamp, the Gliscor will be frightened by the falling Minior and make its way towards the now awake Scolipede. Once the two Pokemon meet, they will have a staredown for a few moments before starting their fight. Take a photo of the two Pokemon mid-battle to fulfill the request.

Both Scolipede and Gliscore need to be in the frame to complete the request, but the focus of the shot must be on Scolipede. 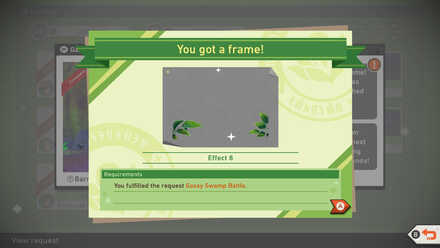 Completing this request will reward you with the following collectible: Effect 8.

In order for us to make the best articles possible, share your corrections, opinions, and thoughts about 「How to Clear Gassy Swamp Battle Request Walkthrough | New Pokemon Snap (Switch)」 with us!