A Pup at Heart Map and Request Information 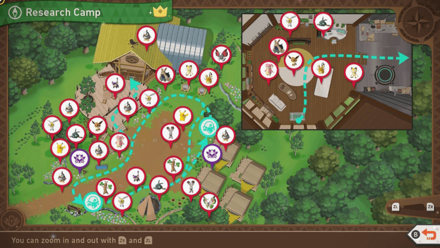 Research Camp Walkthrough: List of Pokemon and How to Unlock

How to Clear A Pup at Heart

Make Sure to Start the Course on the Lab Side 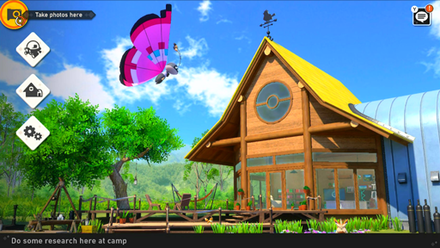 This request can only be completed by starting on the Lab Side of the course. Remember that you can know which side the course will start on, depending on which background is shown in the menu before you start exploring. 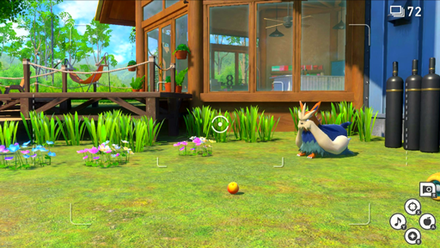 Near the start of the course, Stoutland can be spotted next to the NEO-ONEs. Feed Stoutland at least two Fluffruit so that he'll be enticed to move towards the middle of the camp. This will be important for later.

Hit Trubbish with a Fluffruit 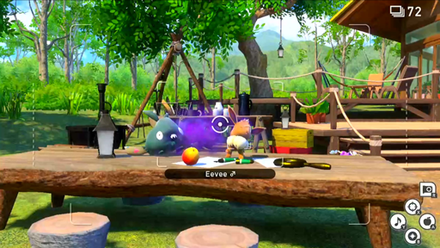 As you come around to the table with Trubbish and Eevee, throw a Fluffruit at Trubbish to spook him into exhaling some foul gas. This will cause Eevee to leave the table and also move towards the center of the camp.

Lead Eevee to the Center of the Camp 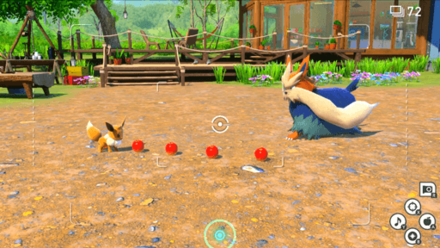 With both Stoutland and Eevee at the center of the camp, try to get them close to one another by using Fluffruit. The goal is to have them recognize each other and they'll attempt to communicate.

Throw an Illumina Orb at Stoutland as he Faces Eevee 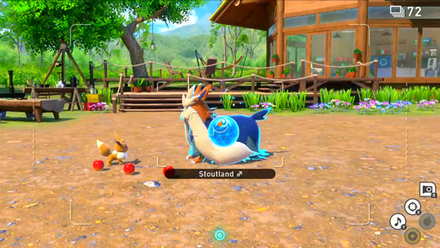 Throw an Illumina Orb at Stoutland and he'll begin to glow. Eevee will be in awe as Stoutland lights up.

Take a Photo of Stoutland as He Spins Around Excitedly 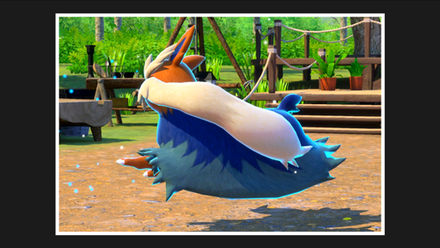 This will excite Eevee and, in turn, trigger Stoutland to be quite playful. Be ready to take a snap of him as he spins around in place!

Reward for Clearing A Pup at Heart 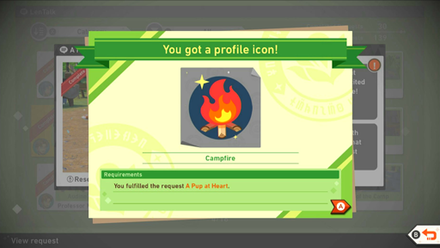 Completing this request will reward you with the following collectible: Campfire.

>>2 This is right! Stoutland will approach the center of the camp after being fed Fluffruit twice! Thank you for your insight, CJM! On behalf of the Walkthrough Team, thank you all for supporting our guides! ❤️✈️

You don't need to lure Stoutland. Simply feed him 2 apples and he will run to the middle. Hit the Trubbish with an apple and Eevee will also go to the centre. Throw some apples to get them closer and they will eventually talk to each other. Throw an orb at Stoutland and he will run around in a circle. Take photos when this happens.

Register as a member and get all the information you want. (It's free!)
Login
Opinions about an article or post go here.
Opinions about an article or post
We at Game8 thank you for your support.
In order for us to make the best articles possible, share your corrections, opinions, and thoughts about "How to Clear A Pup at Heart Request Walkthrough" with us!
When reporting a problem, please be as specific as possible in providing details such as what conditions the problem occurred under and what kind of effects it had.