Steelix Walkthrough: How to Get All Stars | New Pokemon Snap (Switch) 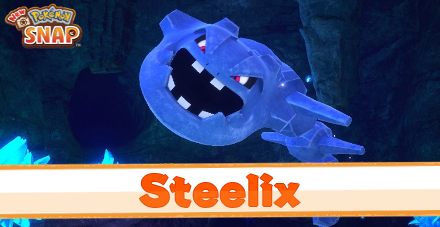 This is a guide to Steelix's Photodex entry in New Pokemon Snap (Pokemon Snap 2) for the Nintendo Switch. Here you can find out how to take one star, two star, three star, and four star photos for Steelix, and how to get a diamond star rating!

Where to Find Steelix

How to Take Steelix's Photo

1. Throw a Fluffruit at its Hiding Spot 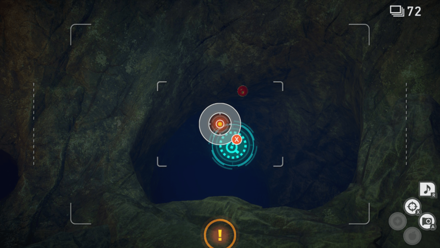 Upon starting the course, look for the second hiding spot from the starting point and throw a Fluffruit at it. Steelix appears if the screen shakes or upon hearing an earthquake, so have your Illumina Orbs ready!

2. Throw an Illumina Orb Once it Appears 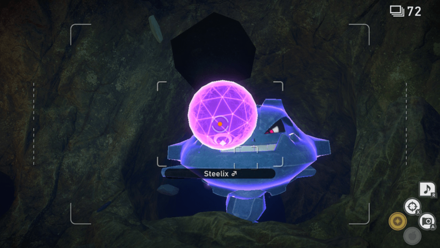 If you throw the Fluffruit at the second hiding spot, Steelix will pop its head out for a few seconds. This gives you the opportunity to throw at least two to three Illumina Orbs until its glowing patterns appear.

How to Get All Stars for Steelix

How to Take Steelix 1 Star Photo

Taking a 1 Star Photo of Steelix is tricky as the Pokemon moves fast. You need to throw a Fluffruit at the second hole from the starting point and then throw Illumina Orbs as soon as it pop its head out.

Take a photo of Steelix emerging from the hole to achieve 1 Star.

How to Take Steelix 2 Star Photo

Diving Into the Abyss

Steelix's 2-star photo can be taken in the second area of the course. Use your Scan to track Steelix then throw a fluffruit to lure it out. Time your Illumina orbs so they hit Steelix and make it enter the Illumina state. Once illuminated, lure it out again and take a picture before it dives back down.

How to Take Steelix 3 Star Photo

There are many ways to take a 3-star photo for Steelix and these can only be done in the last area (past the chasm). Steelix will interact with other Pokemon in this area, with Noibat most of the time. When it does, throw Illumina orbs at it and take a picture of Steelix in Illumina state.

You can also take a 3-star photo of Steelix when it pops out on one of the holes and roars at you, like in the image above.

How to Take Steelix 4 Star Photo

In the second area of the course, look on the left side and you will see a hole with a crystabloom. Throw an Illumina orb at it to make a Crobat fly out of the hole. 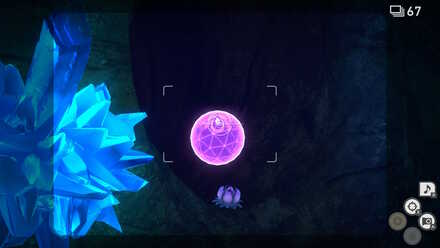 You have to complete the next step before you proceed to the last area or you're gonna need to retry the course.

Use your Scan to track Steelix, lure it out with a fluffruit, then follow up with Illumina orbs. Once Steelix is illuminated, it will chomp on one of the stalactites instead of just diving back down. The trick is after you throw a fluffruit to lure Steelix out, quickly position your camera to the stalactite above Steelix's location then take a picture as it takes a bite out of the rock.

In order for us to make the best articles possible, share your corrections, opinions, and thoughts about 「Steelix Walkthrough: How to Get All Stars | New Pokemon Snap (Switch)」 with us!