Learn how to beat Velkhana in the Iceborne expansion for Monster Hunter World (MHW)! This guide explains everything about Velkhana's weakness, carves, rewards, and a complete strategy guide for beating and capturing it. Find out what parts are breakable and severable, and what drops and Monster materials are available. 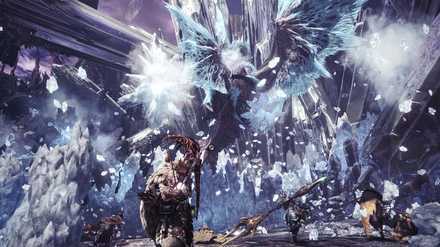 Velkhana's attacks mostly consists of different ice attacks that can deal massive damage. These ice attacks can be difficult to deal with if you are not prepared especially since Velkhana can change the terrain by generating ice shards in a wide area. Most of his attacks are ice affinity so it is highly recommended that you use armor sets that utilize high ice resistance. 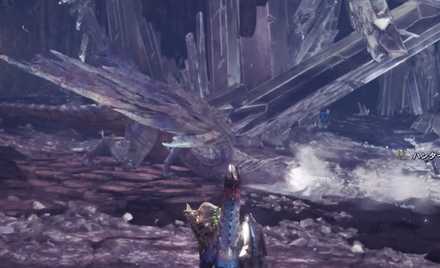 Velkhana will constantly shoot ice forward to where he is facing. it is suggested that you try to stay on the side and stick to hitting the legs for damage to avoid getting hit by the ice shards.

This way you can rely on dodging and evading since the side attacks are more predictable and are quite easy to dodge. 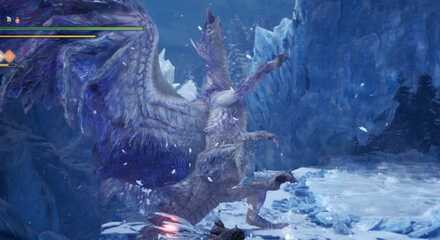 You can down Velkhana by breaking any 3 ice parts on his body. These ice parts are located on the Front Legs, Hind Legs, Tail, Head, and Wings.

It is recommended that you focus the Head, Front Legs, and Hind Legs if you are planning to do this since they are easier to hit. 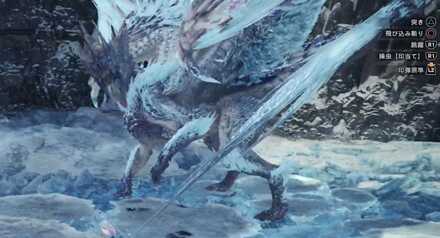 Velkhana's tail attacks are repeated frequently throughout the fight. Try to stay defensive whenever Velkhana is using its tail attack. The tail will try to strike you for 2-3 times before stopping.

You can roll sideways and move away from Velkhana to get out of its range. 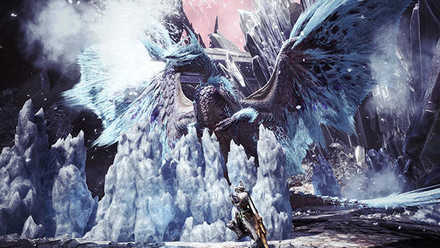 Velkhana will sometimes create a wall of ice from where you are standing. The first few ice walls can be ignored but as the fight goes on there will be more ice walls which can make it harder for you to dodge. Try to spread them out to give you more room to work with.

You can ignore the ice walls early on during the fight. However, if it is getting out of hand and it is making it a bit difficult for you to dodge. You can try breaking them by attacking them with your main weapon.

Velkhana will be covered with an Ice Armor once you deal enough damage. This will make Velkhana's attacks much more powerful and will cover more ground. 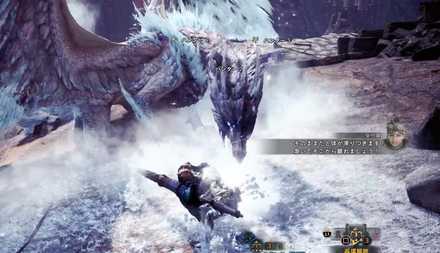 Be careful of Velkhana's ice breath attacks to restrain nearby hunters. This attack is usually followed up by a tail stab to defenseless hunters. It is not a high damaging attack but it can be deadly for hunters with low health. You can use Dust of Life or Health Booster to heal your restrained allies during this situation.

Absolute Zero is the most powerful attack Velkhana does during the whole fight. Its high-damage potential with the wide area of effect can be extremely dangerous to unsuspecting hunters who aren't prepared.

It is recommended that you sprint away from an attack to prevent taking damage but you must consider leaving some to prepare for the next wave of attack.

Ice Shards are easy to dodge especially if you are further away from Velkhana. However, if you are close, you can always run to Velkhana's sides to get out of range. 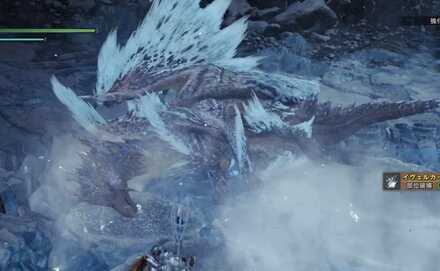 Velkhana's head is the weakest point of the monster, it takes the most damage from your attacks. Additionally, you can down Velkhana if you deal enough damage to the head. 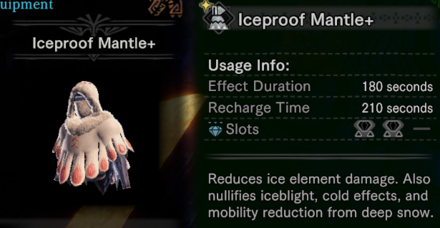 Wearing Iceproof Mantle will greatly reduce the damage you take from Velkhana's Ice attacks. It is recommended that you bring this and focus on building up ice resistance on your gears since Velkhana's attacks are mostly ice damage.

Register as a member and get all the information you want. (It's free!)
Login
Opinions about an article or post go here.
Opinions about an article or post
We at Game8 thank you for your support.
In order for us to make the best articles possible, share your corrections, opinions, and thoughts about "Velkhana Weakness and Strategy Guide" with us!
When reporting a problem, please be as specific as possible in providing details such as what conditions the problem occurred under and what kind of effects it had.