Learn how to beat Nargacuga in the Iceborne expansion for Monster Hunter World (MHW)! This guide explains everything about Nargacuga's weakness, carves, rewards, and a complete strategy guide for beating and capturing it. Find out what parts are breakable and severable, and what drops and Monster materials are available.

How to Beat Nargacuga 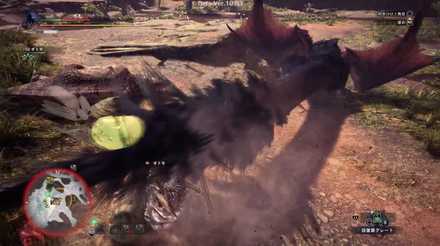 Avoid touching the tail as much as possible to avoid taking serious damage. Nargacuga's tail should be avoided at all times, even if Nargacuga is just moving around.

Also, the tail slam attack will sometimes hit twice in a row. Always check if there will be a follow up before you start engaging again. 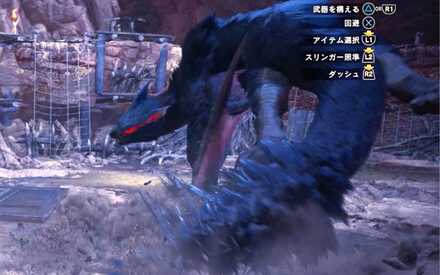 Nargacuga will sometimes attack with its tail after jumping towards a hunter. This attack will always come from the right side and it can easily be avoided by simply rolling left. However, if you are too close to Nargacuga after he jumps, it is better to move away first before rolling left.

In addition, if Nargacuga is sweeping its tail left and right while walking. It is recommended that you focus your attacks on the head instead of the rear. 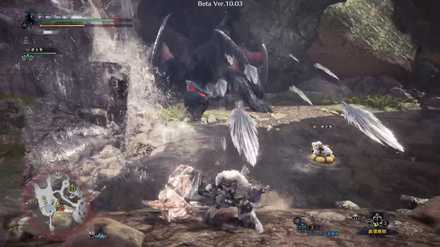 Nargacuga can attack you from afar by shooting projectiles from its tail. These feather projectiles can inflict bleeding if you get hit. Be sure to use an Astera Jerky immediately to remove the status.

Pitfall Traps will only work when Nargacuga is enraged. This can be easily distinguished by checking if Nargacuga's eyes are glowing bright red.

Nargacuga can be tricky to hunt down since he can jump and move around quickly. To avoid losing sight of Nargacuga, it is highly recommended that you lock your camera on to Nargacuga as soon as you start the fight.

Register as a member and get all the information you want. (It's free!)
Login
Opinions about an article or post go here.
Opinions about an article or post
We at Game8 thank you for your support.
In order for us to make the best articles possible, share your corrections, opinions, and thoughts about "Nargacuga Weakness and Strategy Guide" with us!
When reporting a problem, please be as specific as possible in providing details such as what conditions the problem occurred under and what kind of effects it had.