Learn how to beat Barioth in the Iceborne expansion for Monster Hunter World (MHW)! This guide explains everything about Barioth's weakness, carves, rewards, and a complete strategy guide for beating and capturing it. Find out what parts are breakable and severable, and what drops and Monster materials are available.

How to Beat Barioth

Aim for the Front Legs 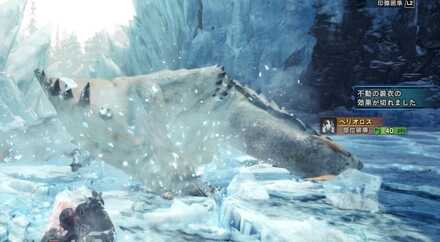 Destroying the front legs of the Barioth will give you more opportunities to attack since it will disable him for a few seconds every time he charges forward for an attack.

Try to use Large Barrel Bombs to soften up the front legs since they are difficult to destroy if you are only using your weapon.

Learning Barioth's Movements can help you understand what the next attack might be. This will give you more time to avoid taking damage or getting hit directly by his attacks. 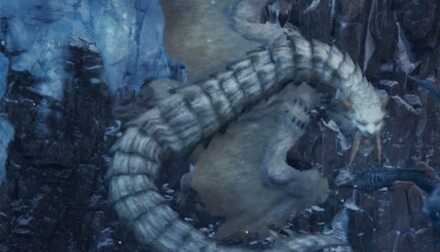 When Barioth sticks to the wall, he usually prepares for a powerful attack or jumps behind you to look for an opening. Be sure to be prepared to dodge whenever Barioth is holding on to the wall. 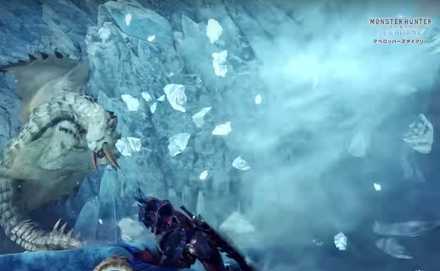 Barioth spits an ice forward which turns into a tornado that can deal damage if you get caught in its range. Try to avoid this by circling around the tornado to reach Barioth.

You can use Nullberries to cure ailments from Barioth's ice attacks.

You can also stack Ice resistance from your gears to lower the damage you take from Barioth's Ice attacks which are frequently used during the fight.

Barioth's Tail is long and it can be difficult to dodge when used. Try to cut the tail to shorten its range and make it easier to dodge.

Barioth will move frequently during the fight making it extremely difficult to deal damage. Try to bring items that can restrain Barioth even for a short amount of time. carrying Traps or inflicting sleep or paralyze can be useful for this situation.

Register as a member and get all the information you want. (It's free!)
Login
Opinions about an article or post go here.
Opinions about an article or post
We at Game8 thank you for your support.
In order for us to make the best articles possible, share your corrections, opinions, and thoughts about "Barioth Weakness and Strategy Guide" with us!
When reporting a problem, please be as specific as possible in providing details such as what conditions the problem occurred under and what kind of effects it had.