Learn how to beat Glavenus in the Iceborne expansion for Monster Hunter World (MHW)! This guide explains everything about Glavenus's weakness, carves, rewards, and a complete strategy guide for beating and capturing it. Find out what parts are breakable and severable, and what drops and Monster materials are available.

Additionally, you can only cut the tail when it is in the fire state.

It is good to focus the feet and the tail of Glavenus. However, it is still recommended that you try and aim for the head since attacking the head can take him down for a long time and it can also release the red glow from Glavenus which can weaken is attacks. 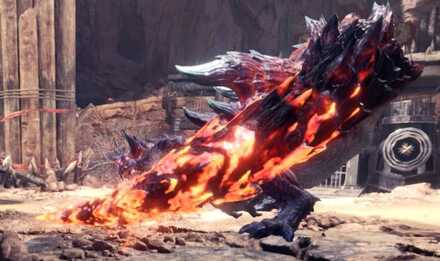 Glavenus' tailspin attack is a high damaging move that sweeps a wide area using its tail. Before Glavenus executes this attack, he will first put his tail on his mouth. Use this as the signal for you to run away as far as you can to get out of its range. 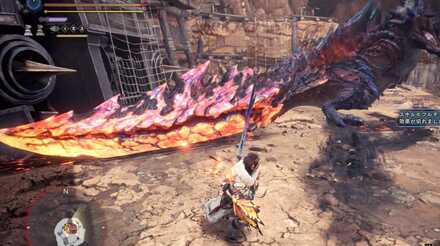 If you are continuously attacking the tail, Glavenus will eventually slam his tail on to the ground multiple times. Always be prepared to roll to the sides to avoid taking damage.

Most of Glavenus' attacks utilize the length of his tail. If you manage to cut down the tail, it will drastically reduce the range of its attack and possibly the amount of attack he can do.

Using Evade Window is extremely useful when fighting against Glavenus because most of his attacks have a short hitbox time. Having more invincible frames will make it a lot easier for you to dodge his attacks.

Register as a member and get all the information you want. (It's free!)
Login
Opinions about an article or post go here.
Opinions about an article or post
We at Game8 thank you for your support.
In order for us to make the best articles possible, share your corrections, opinions, and thoughts about "Glavenus Weakness and Strategy Guide" with us!
When reporting a problem, please be as specific as possible in providing details such as what conditions the problem occurred under and what kind of effects it had.