Learn how to beat Ruiner Nergigante in the Iceborne expansion for Monster Hunter World (MHW)! This guide explains everything about Ruiner Nergigante's weakness, carves, rewards, and a complete strategy guide for beating and capturing it. Find out what parts are breakable and severable, and what drops and Monster materials are available.

How to Beat Ruiner Nergigante

After dealing enough damage to Ruiner Nergigante, it will eventually use its most powerful attack where it jumps and then dives forward releasing the spikes surrounding its body. This move can also be seen in the normal variant of Nergigante. However, for the Ruiner Nergigante, a handful of spikes will shoot forward hitting hunters who are trying to dodge.

You can easily dodge this attack if you run towards the rear end of Ruiner Nergigante after roaring. This will get you out of range of the follow-up attack and the Dive Bomb.

Be wary of Ruiner Nergigante's quick short jumps whenever it tries to reposition itself. Your window time to avoid this move is extremely short. It is recommended that you equip the skill Evasion Window.

The thorns that will shoot out of its body can easily be predicted if you keep track of which side Ruiner Nergigante's spike is in white. Ruiner Nergigante will only shoot spikes from this side. Always prepare to dodge after attacking to avoid taking damage.

Aiming for the Metal Spikes 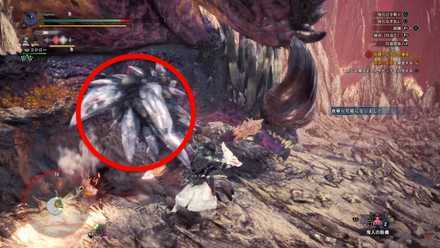 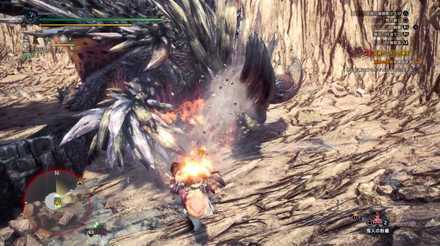 Ruiner Nergigante's side attacks are easier to predict and can be weakened if you break the white spikes on its arms. Most of Ruiner Nergigante's attacks strike forward. It is recommended that you stay on its sides as much as you can. This will give you more opportunity to attack its weak arm.

The Ruinder Nergigante has white spikes that you can try to focus down during the fight which are easier to break. Try to break them as soon the fight starts and whenever they respawn on Ruiner Nergigante's arms. You can use clutch claws to position yourself better so you can focus on attacking them without any problems.

Whenever Ruiner Nergigante takes you down, do not stand up immediately. Nergigante's attacks usually have a follow up that can deal additional damage to you. Keep this in mind and try to stay down until you know it is safe to get up and the Nergigante's combo is finished.

Register as a member and get all the information you want. (It's free!)
Login
Opinions about an article or post go here.
Opinions about an article or post
We at Game8 thank you for your support.
In order for us to make the best articles possible, share your corrections, opinions, and thoughts about "Ruiner Nergigante Weakness and Strategy Guide" with us!
When reporting a problem, please be as specific as possible in providing details such as what conditions the problem occurred under and what kind of effects it had.