Who Should You Pull From Mythic Medeus Banner? | Fire Emblem Heroes (FEH)

This is a page about the Medeus: Earth-Dragon King summoning event in Fire Emblem Heroes (FEH). If you want to know about the heroes in this banner, or you are wondering who to pull from this banner, please read on.

Who Should You Pull From Mythic Medeus Banner? 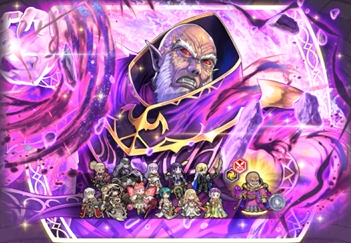 Medeus is the newest Dark Mythic hero available on this banner. He has good combat potential with Shadow Breath and Assured Rebirth, and Canto Control 3 is an amazing C skill for inheritance to your most-used units in competitive game modes.

Color sharing with Elimine, one of the best Astra Mythic heroes in the game, and Legendary Micaiah, a powerful Wind Legendary hero is a good thing; there are no bad pity breakers if summoning colorless exclusively.

Spend your orbs here if you have a merge project!

However, if one of the Legendary or Mythic heroes in this banner is a merge project, you should spend your orbs here and pull exclusively on their color. Legendary and Mythic heroes are rarely available, and taking advantage of this opportunity to summon them is a must.

Spend some orbs if you play competitively!

Canto Control 3 is a powerful anti-meta skill. It can hinder entire strategies like Hit and Run and Galeforce, and it only takes up the C slot.

Plenty of top tier metagame heroes like Yuri, Brave Eirika, and others who've inherited Trace skills use Canto to get in and get out. Canto Control shuts all of that down with ease.

If you play competitively, have FEH Pass and can spark Medeus for Canto Control fodder, we suggest you do so.

Post (0 Comments)
Opinions about an article or post go here.
Opinions about an article or post
We at Game8 thank you for your support.
In order for us to make the best articles possible, share your corrections, opinions, and thoughts about "Who Should You Pull From Mythic Medeus Banner?" with us!
When reporting a problem, please be as specific as possible in providing details such as what conditions the problem occurred under and what kind of effects it had.