Who Should You Pull From Double Special Heroes? (June 2020) | Fire Emblem Heroes

This is a page about the June 2020 Double Special Heroes banner from Fire Emblem Heroes (FEH). If you want to know what units appear here, or you are wondering who to pull from this banner, please read on. 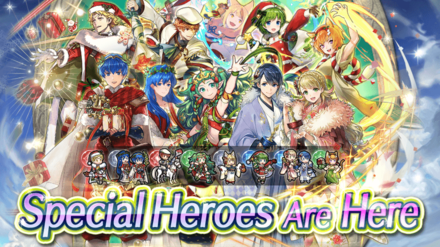 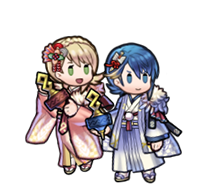 New Year Alfonse is the best unit in this banner, as his duo skill grants special cooldown -2 to him and his infantry allies in a huge area. He also has Special Spiral 3 which synergizes with his duo skill allowing for very frequent special activations.

Winter Sothis is a powerful armored dragon unit. She neutralizes effects that make attacks strong against dragons and she also has access to powerful skills such as Distant Counter and Special Spiral 3.

This banner is focus-locked, meaning that the only 5★ heroes you get from it are the focus units. This makes it easy for you to target specific units in this banner as the 6% 5★ focus rate means a 0.75% per each 5★ hero.

Both New Year Alfonse and Winter Sothis are top tier units that are worth drawing for. They both possess durability, damage, and the ability to heal themselves using their specials.

In addition to that, the other focus units are not bad as well as they can be both used in battles or as very valuable combat manuals as discussed below.

If there is a character you want, pull from this banner!

Regardless of our thoughts on this banner, you should pull for it if you really want a specific hero from it. Take note that the focus units are all special heroes. This means that they are only available in specific banners like these!

Register as a member and get all the information you want. (It's free!)
Login
Opinions about an article or post go here.
Opinions about an article or post
We at Game8 thank you for your support.
In order for us to make the best articles possible, share your corrections, opinions, and thoughts about "Who Should You Pull From Double Special Heroes? (June 2020)" with us!
When reporting a problem, please be as specific as possible in providing details such as what conditions the problem occurred under and what kind of effects it had.