Who Should You Pull From A Season for Picnics? | Fire Emblem Heroes

This is a page about the A Season for Picnics banner in Fire Emblem Heroes (FEH). Read on to learn more about Picnic Genny, Picnic Felicia, Picnic Flora, and Picnic Lukas, or you are wondering which unit to pull from the Picnic Banner.

Who should you pull from A Season for Picnics? 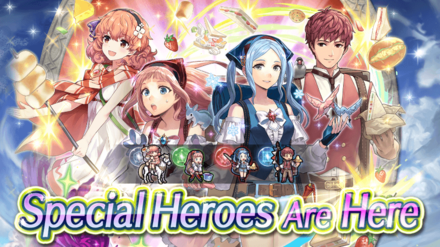 The most powerful unit in this A Season for Picnics Gacha is Picnic Felicia! Felicia's exclusive weapon, the Eldhrímnir is the first axe weapon in the game to be effective against beast units. In addition to that, it also grants +3 Spd and reduces the foe's Atk/Spd by 50% of the difference in the stats (with a maximum penalty of -8) if Picnic Felicia's Res > foe’s.

This makes Picnic Felicia a good counter to the powerful Caineghis. Caineghis' flaw is his somewhat low Res, and Picnic Felicia can exploit his low Res with the effects of Eldhrímnir. Even if Caingehis does counterattack or get a follow-up attack, the damage will be greatly reduced.

Pull if you want an anti-beast unit

A Season for Picnics Summon Simulator

A Season for Picnics Focus Heroes

Register as a member and get all the information you want. (It's free!)
Login
Opinions about an article or post go here.
Opinions about an article or post
We at Game8 thank you for your support.
In order for us to make the best articles possible, share your corrections, opinions, and thoughts about "Who Should You Pull From A Season for Picnics?" with us!
When reporting a problem, please be as specific as possible in providing details such as what conditions the problem occurred under and what kind of effects it had.