How to Get the Slingshot: Location and How to Use | Zelda: Skyward Sword HD (Switch) 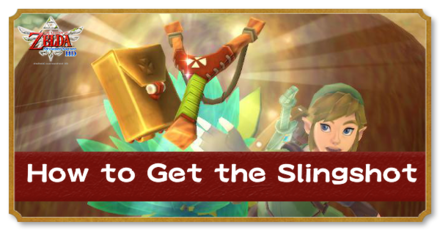 This is a guide to getting the Slingshot in The Legend of Zelda: Skyward Sword (HD) for the Nintendo Switch. Read on to learn where to find Slingshot, as well as how to use it.

How to Get Slingshot

How to Obtain Slingshot 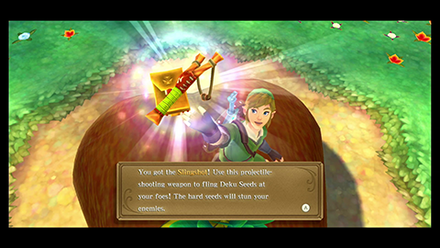 Given to you by Kiwki Elder Bucha, the Slingshot is given as a reward for finding the Three missing Kikwis. Take note of your ammo as the slingshot can not fire without it.

Kikwi Locations: Where to Find All Kikwi in Faron Woods

Get Slingshot Ammo From Field Objects or at the Bazaar 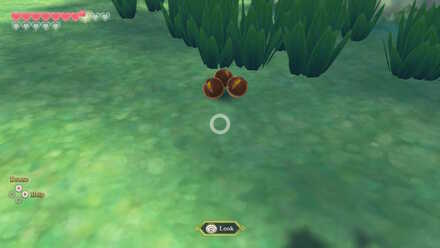 The Slingshot uses Deku Seeds as ammo. Ammo can be found in things like crates or bushes scattered across the world. Ammo is easily obtained near in the areas around the Skyview Temple. Players can also purchase ammo from Rupin at the Gear Shop in the Bazaar. 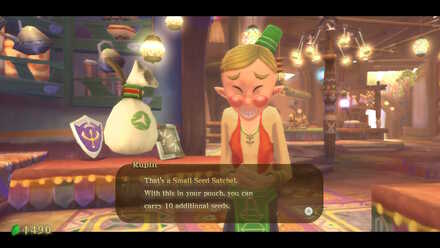 When you first get the Slingshot, the amount of Deku Seed ammo you can stock is 20. Players can increase this limit by having a Seed Satchel in their Adventure Pouch. Seed Satchels can be purchased from Rupin in the Gear Shop or found in one of the Goddess Cubes. 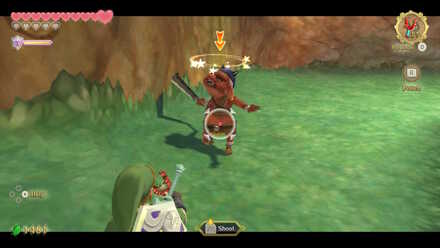 Slingshot's primary use in combat is to stun enemies. Use this to your advantage when battling against multiple enemies.

Note that some enemies will block shots from a Slingshot with their weapons. 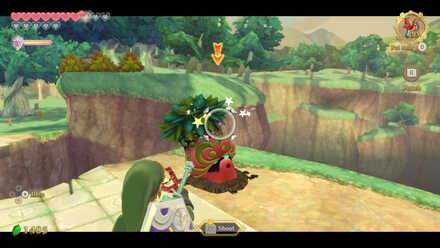 Without a shield, Octoroks cannot be easily defeated without using a bow. To defeat this in early game however, you can use your slingshot to stun Octoroks, then swing your sword. 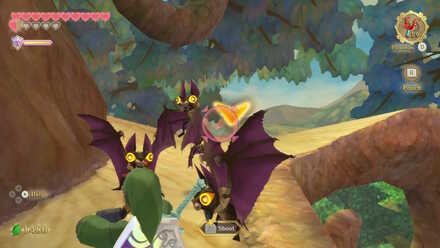 For flying enemies such as Keese, you can use the Slingshot to easily defeat them. 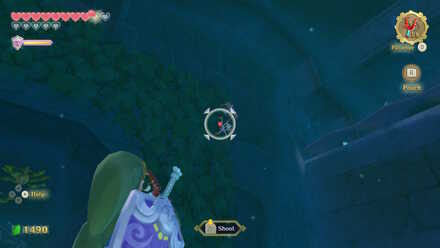 In Faron Woods and Skyview Temple, you can use the slingshot to defeat Walltulas that obstructs you from climbing climbable walls. 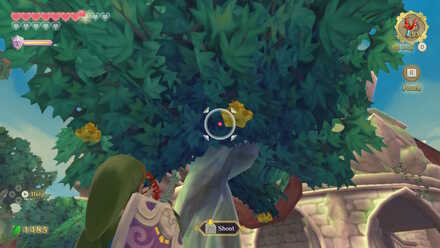 You can use Slingshots to make hanging objects fall. You can use this to fruits on trees to get Rupees or Deku Seeds, or interact with swinging vines. 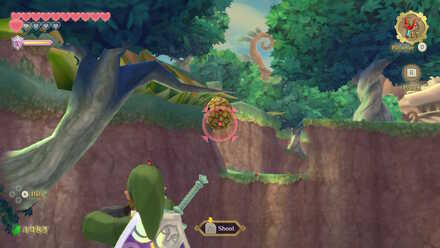 Aside from rolling into trees, using slingshot will make Deku Hornet beehives fall to the ground. It will then drop Hornet Larvaes for you to collect.

Be mindful of the Deku Hornets as they will aggressively attack you when you use it. 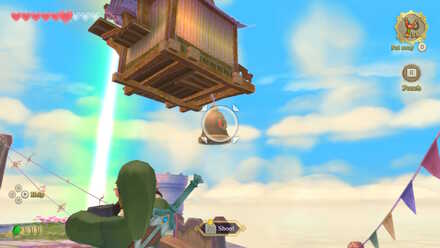 You can use the Slingshot to enter Beedle's shop at Skyloft. Hit the bell with the weapon and a rope will come down, allowing you to grab it and enter the shop.

How to Go to Beedle's Shop and Island

Upgrading the Slingshot to the Scattershot allows you to fire nine Deku Seeds at once while consuming one seed per use.

The Seed Satchel is the bag that holds the ammunition for the Slingshot. Upgrading the satchel allows you to hold more Deku Seeds in one bag.

You can also equip multiple Seed Satchels in the Adventure Pouch to increase its capacity without upgrading it. However, since the pouch has limited slots, we recommend upgrading the satchels to increase its maximum capacity.

How to Use Scattershot 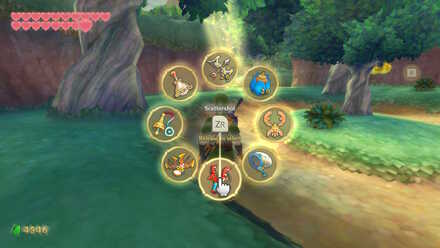 Hold down the ZR Button on the Right Joy-Con to bring up the Items menu. Point the controller at the Slingshot and let go of the ZR Button to equip it.

Press the ZR Button to Use it 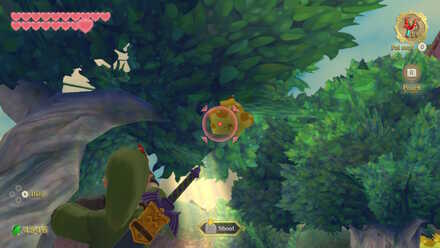 Register as a member and get all the information you want. (It's free!)
Login
Opinions about an article or post go here.
Opinions about an article or post
We at Game8 thank you for your support.
In order for us to make the best articles possible, share your corrections, opinions, and thoughts about "How to Get the Slingshot: Location and How to Use" with us!
When reporting a problem, please be as specific as possible in providing details such as what conditions the problem occurred under and what kind of effects it had.