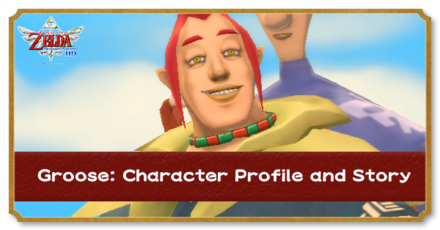 This page is about Groose, a character in The Legend of Zelda: Skyward Sword HD for the Nintendo Switch. Learn Groose's role in the story of Skyward Sword, character profile, and more! 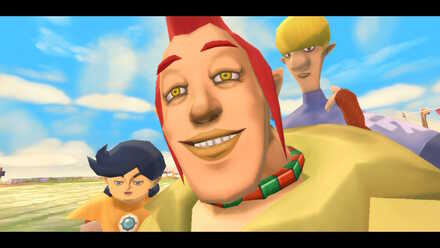 Groose is Link's class rival in the Knight Academy who considers himself a romantic rival for Zelda.

Early in the game, he steals Link's loftwing in order to get the upper hand at the Wing Ceremony. When Link finds his loftwing, Groose denies having any involvement in the kidnapping.

After Zelda's disappearance, Groose blamed Link for what happened to her. He eventually leaves Skyloft to search for Zelda and he catches up with Link on the way to The Surface. 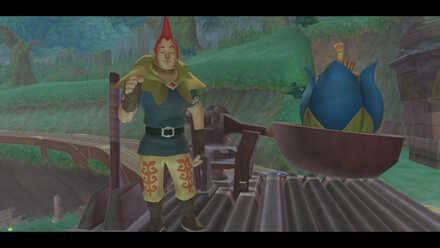 After watching Link's battle with The Imprisoned , he gains respect for Link. He talks to the mysterious old woman (whom he calls Grannie) that resides in the Sealed Temple that tells him he has his own role to play in rescuing Zelda, and begins to regard Link not as a rival, but as an ally.

At Link's next battle with The Imprisoned, he helps link with the use of his catapult called the Groosenator, and helps him again when Faron Woods becomes flooded. 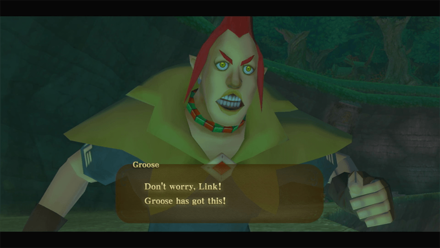 Groose tries (and fails) to stop Ghirahim from taking Zelda away to revive his master, Demise. When Demise is revived, he attempts to kill Zelda by throwing her but Groose manages to catch her in time.

After Link defeats Demise, Groose returns to Skyloft with Cawlin and Strich, while waving goodbye to Link and Zelda who have chosen to remain on The Surface.

Register as a member and get all the information you want. (It's free!)
Login
Opinions about an article or post go here.
Opinions about an article or post
We at Game8 thank you for your support.
In order for us to make the best articles possible, share your corrections, opinions, and thoughts about "Groose: Character Profile and Story Information" with us!
When reporting a problem, please be as specific as possible in providing details such as what conditions the problem occurred under and what kind of effects it had.