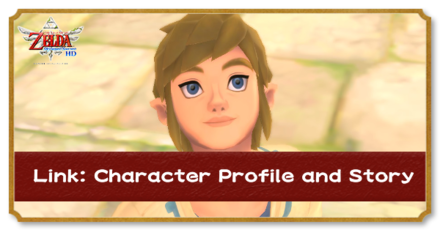 This page is about Link, a character in The Legend of Zelda: Skyward Sword HD for the Nintendo Switch. Learn Link's role in the story of Skyward Sword, character profile, and more! 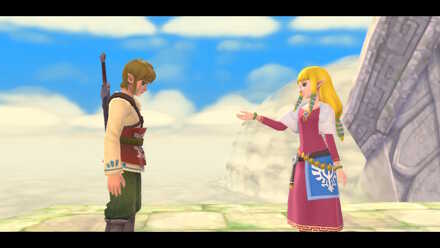 Link is shown to be close and intimate with his childhood friend, Zelda, the daughter of the Headmaster of the Knight Academy, Gaepora. He won the coveted Wing Ceremony, a spectacular event Zelda was delighted to hear.

Link and Zelda share a strong bond, as if they were destined for something. Link will soon find out what this means in his adventure down the Surface.

Descent to the Surface 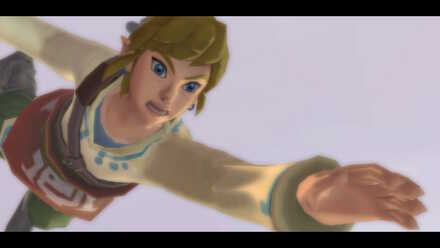 While flying with their Loftwings after the Wing Ceremony, an unknown force swept Link and Zelda apart and pulls the latter down to the Surface, while Link passes out back to Skyloft.

He was awakened and beckoned by a spirit named Fi, who was calling him in his sleep. Link follows her, and soon enters the Statue of the Goddess, where he pulls out a sword called the Goddess Sword, the sword of Fi's spirit.

In his desire to find and save Zelda, Link and Fi descends down to the Surface.

Chosen hero of the Goddess Sword 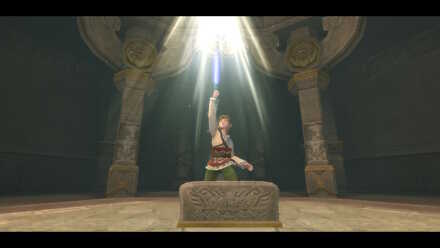 With the Goddess Sword in hand, Link lands on the Surface. There, he meets a certain old woman waiting in the Sealed Grounds. She directs Link to continue his search for Zelda, conquering various challenges, and also meeting Ghirahim, the main antagonist of the game.

With Fi assisting him, Link will traverse deep woods, scorching volcanoes, and dry deserts, in the hopes of finding and meeting with Zelda again. 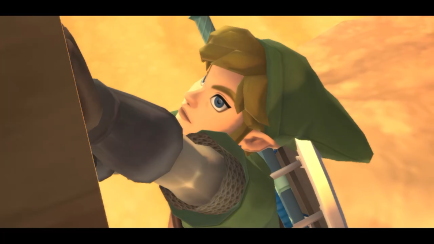 Link soon learns his role in his and Zelda's destiny. The various dungeons, trials, and bosses he faced will prove to be a test of his courage.

Register as a member and get all the information you want. (It's free!)
Login
Opinions about an article or post go here.
Opinions about an article or post
We at Game8 thank you for your support.
In order for us to make the best articles possible, share your corrections, opinions, and thoughts about "Link: Character Profile and Story Information" with us!
When reporting a problem, please be as specific as possible in providing details such as what conditions the problem occurred under and what kind of effects it had.