Amiibo Support: Where to Buy and How to Use Zelda and Loftwing Amiibo | Zelda: Skyward Sword HD (Switch) 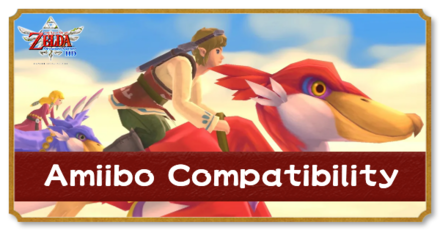 This is a guide on the amiibo functionality in The Legend of Zelda: Skyward Sword HD for the Nintendo Switch. Read on to learn more about the Zelda and Loftwing amiibo, where to buy it, whether it is in stock or not, and whether Skyward Sword supports other amiibos.

Where to Buy the Zelda and Loftwing Amiibo

On May 19, 2021, Nintendo released the Zelda & Loftwing amiibo showcase. As shown in the video linked below, the amiibo allows players to quickly travel between the Surface and the Sky without the need to visit a Bird Statue!

This amiibo dedicated for The Legend of the Zelda: Skyward Sword HD was officially released on July 16, 2021, same date as the official release of the game.

The Zelda & Loftwing amiibo showcases Zelda and her trusty blue Loftwing, who was first seen delivering a letter to Zelda's dear childhood friend, Link. They represent the people of Skyloft, who have learned to scour the skies with their Loftwings and beyond.

Where to Buy from Online Retail Stores

As of August 2021, the Zelda and Loftwing amiibo in retail stores are currently unavailable or out of stock in all main retail stores. We will update this page once they are available again. Check out all different retail stores below to see more information.

Purchase from US Retailers

How to Use the Zelda and Loftwing Amiibo 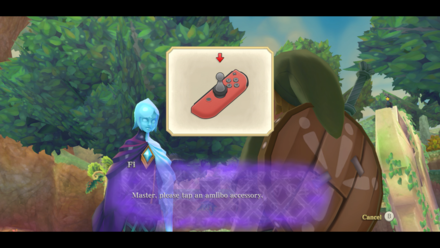 Call for Fi and select 'Use amiibo'. Place your amiibo on the joystick to scan your amiibo. When it is recognized by your Switch, you can now freely travel to the Surface or to the Sky!

From the Surface to the Sky 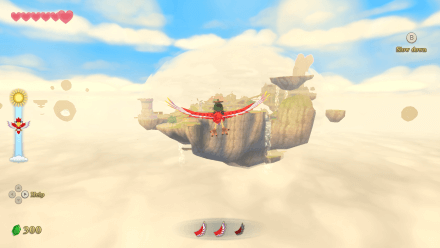 While on the Surface, using the Zelda & Loftwing amiibo will let you teleport to the Sky on the spot. This feature can be used inside dungeons, so if you run out of items, it would be a good idea to return and replenish your items in Skyloft.

From the Sky to the Surface 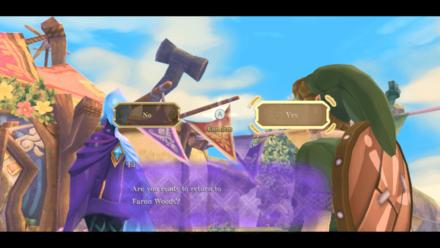 While on the Sky, using the Zelda & Loftwing amiibo will quickly return you back from where you flew from the Surface.

Normally, you can only choose the landing point by picking a location of a Bird Statue, but with the new amiibo, you can go back from anywhere you like!

The only compatible amiibo for Skyward Sword HD is the Zelda and Loftwing Amiibo.

Players who previously purchased many Legend of Zelda amiibos for costumes in Breath of the Wild may be slightly disappointed to hear this news, but the Link Skyward Sword Amiibo, as well as all other Zelda (and non-Zelda amiibos) are not compatible with Skyward Sword HD.

In order for us to make the best articles possible, share your corrections, opinions, and thoughts about 「Amiibo Support: Where to Buy and How to Use Zelda and Loftwing Amiibo | Zelda: Skyward Sword HD (Switch)」 with us!