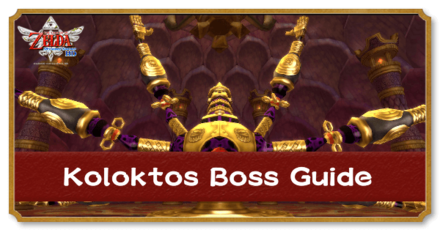 This is a guide for Koloktos, the boss at Ancient Cistern
in The Legend of Zelda: Skyward Sword HD for the Nintendo Switch. Read on to learn strategies for how to beat Koloktos, see Koloktos's moves, and learn rewards for beating them!

How to Beat Koloktos

Detach the arms with a whip

To defeat Koloktos, first detach the arms so that the heart will be exposed. You can pull it out by taking out the screws with your whip when the opponent hits your arm.

If you detach his four arms, you will be able to attack the heart which is Koloktos' weakness. Even in this state, the enemy will attack, but if you hit the heart it will damage and scare the enemy.

First Phase: Fight at one backstep away from close contact 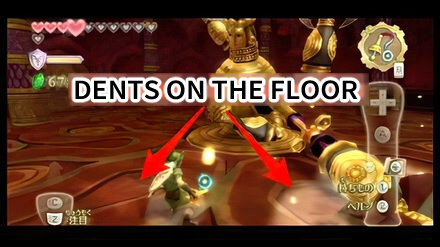 Koloktos can be damaged by detaching his arm when he slams his arms, but if the distance is too far or too close, this technique cant be done well. Therefore, it is recommended that you fight at a distance that is one backstep away from the close contact.

This is because Koloktos' frequency of axe throwing is drastically reduced for the distance of one backstep, he is more likely to slam his arms, and some of his attacks can't reach you.

If you dont know the distance for one backstep, use the dents on the floor as a guide.

Second Phase: Attack using the sword of the detached arm

On the second phase, Koloktos' heart is now securely protected, so you can't reach it. Attack the heart with the sword that Koloktos has. To get his sword, you need to pull out his arm, approach it and pick it up. Again, fight at one backstep away from close contact to induce his slam attack to be able to detach his arm.

You can neutralize him by cutting off his legs

Second Phase: Don't let him near you

During the second phase, Koloktos will grow legs and follow you, so make sure not to let him close the gap betwen you. Leave a little distance between you and him so that they can't reach you.

Avoid slamming attacks by backstepping, or moving left and right repeatedly once the enemy begins to raise their arms.

Avoid by taking moving to the side

Avoid his axe by moving to the side. Be careful since Koloktos' axe acts as a boomerang and flies back to him.

If you are far from Koloktos, you will only be able to attack him, so get closer to trigger a slamming attack to detach his arms.

Cut off using both arms

Both arms are have a wide left and right range, but the forward range is narrow. Therefore, even in close contact, it can be avoided with one back step.

During the second phase, there will be three slamming attacks at the same time. To avoid it is the same as the first phase, which is by repeatedly backstepping.

Continuous slashing is an attack used immediately after the second phase when Koloktos retrieves his limbs. He doesn't move a lot and attack, so backstep and dodge.

Koloktos will summon 3 bokoblins. However, since this bokoblin has less HP than usual, it can be killed with a single Spin Attack. 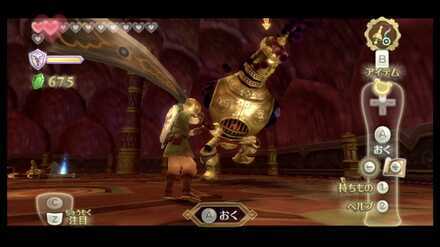 If you cut off all the arms of Koloktos during the second phase, he will use a Rush Attack. As he rushes towards you, move left and right to avoid him. Also, if Koloktos hits a wall while using Rush Attack, he will get knocked down and stops moving.

In order for us to make the best articles possible, share your corrections, opinions, and thoughts about 「Koloktos Boss Guide: How to Beat Koloktos | Zelda: Skyward Sword HD (Switch)」 with us!