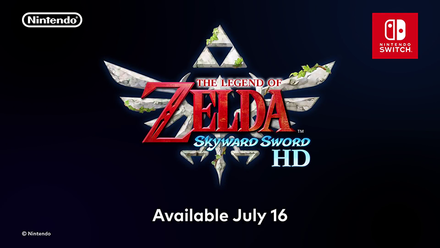 This is a guide to the release date of The Legend of Zelda: Skyward Sword HD for the Nintendo Switch, which releases on July 16th, 2021. Read on to learn more details about when Skyward Sword will come out!

The Legend of Zelda: Skyward Sword HD will be released on July 16, 2021. You can now pre-order from the Nintendo eShop for $59.99, or at retailers like Amazon, Target, Walmart, Best Buy, and GameStop.

The release time of the Zelda: Skyward Sword HD will be on midnight (12:00 AM) of its release date. However, this might also depend on the timezone of the region where you purchased the game.

If you want to be the first on your block to get into the game, it is best to pre-load it before the release.

Sadly, the digital version of Zelda: Skyward Sword HD does not have any pre-order bonuses. However, you can still get pre-order bonuses from buying the physical copy from GameStop. Get yours now!

Four weeks prior to the game's release, Nintendo has uploaded an overview trailer on their YouTube channel. The trailer showcases the world and gameplay of Skyward Sword HD.

On July 2, 2021, Nintendo has released the Quality of Life Trailer for Skyward Sword HD. The trailer showcases tweaks and improvements to create a smoother gameplay experience on the Nintendo Switch.

A week before the game's release, Nintendo uploaded a new trailer on their YouTube channel. The trailer includes new scenes, as well as clever wordplay mentioning the previous Zelda games.

Zelda: Skyward Sword HD Has a File Size of 7.1 GB

The official listing on Nintendo's site states that The Legend of Zelda: Skyward Sword HD needs 7.1 GB of space!

Be sure you have enough storage space on your Nintendo Switch if you are planning to download the digital version from the eShop.

In order for us to make the best articles possible, share your corrections, opinions, and thoughts about 「Skyward Sword HD Release Date | Zelda: Skyward Sword HD (Switch)」 with us!