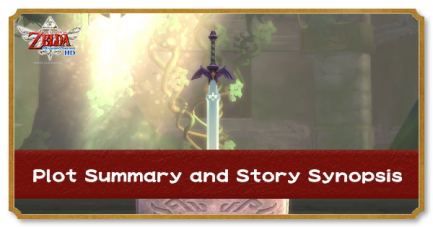 Warning: There are no spoilers ahead for the game, but read with caution as it contains spoilers from other games in the series!

Beginning of the Legend of Zelda 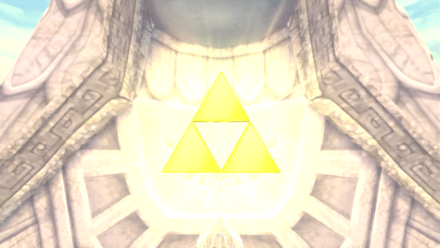 Important things to note in Skyward Sword are the Master Sword and Triforce, as well as the last boss, which is connected to every other game in the series.

Link as the Main Character 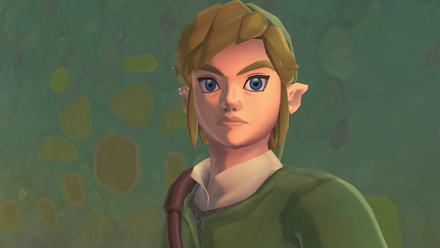 The main character of this game, as with the other games from The Legend of Zelda series is Link. Link in this game is a knight apprentice who attends a Knight Academy and has a red Loftwing, which is different from those who live in Skyloft.

Also, as is customary in the series, Link has a hard time getting up from bed.

Chasing Zelda to the Surface

Zelda suddenly appears at the beginning of the story and is swallowed by a black tornado that disappears under the clouds.

After that, Link sees the sword hidden in the statue of the goddess and the spirit Fi who dwells in the sword, and begins an adventure to descend to the vast land under the sea of clouds in search of Zelda. 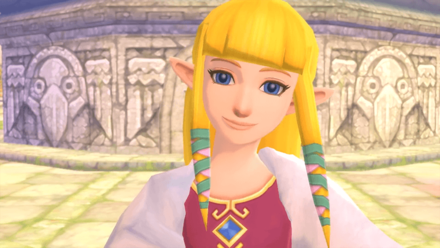 Zelda is the heroine of Skyward Sword. She is the daughter of the headmaster of Knight Academy and Link's childhood friend. With a lively personality, you can see a glimpse of the Zelda that is barely visible in other works, such as pushing Link off the bridge to fly with his Loftwing.

Not Yet a Princess (Pre-Kingdom of Hyrule)

In Skyward Sword, the kingdom of Hyrule does not exist yet so Zelda is not a princess. However, the Zelda in this game has a fate that she does not know and becomes an important key figure later in the story.

Fi and the Master Sword 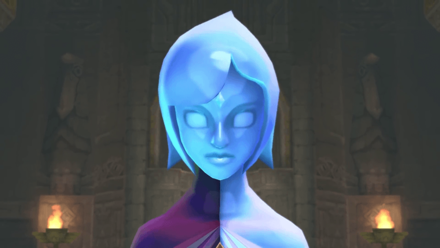 Link will meet Fi's spirit in the Goddess Sword at the beginning of the story. In addition to being one of the most important characters in the story of this game, she is like a companion who gives advice during Link's adventures. The probability that the advice given will be useful is about 80%.

Fi's Influence in Other Zelda Games

Fi is an important character who you will see throughout the Legend of Zelda series. 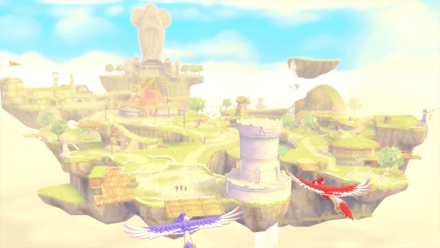 A long time ago, after a war between evil beings and humans, the goddess appeared on the ground carrying the surviving humans up to the Sky. The story of Skyward Sword begins on the island Skyloft, which floats on the far end of the sky beyond the reach of monsters.

Skyloft is the main hub of the game that allows you to explore the skies, which is the main feature of this game.

Timeline of the Legend of Zelda Series

Note that only playable Legend of Zelda games are shown in the above diagram.

From Skyward Sword to Ocarina of Time

From Skyward Sword to Ocarina of Time, the timeline can be told with a single line.

However, due to the time-consuming events that happened in Ocarina of Time, three parallel worlds are born.

These are works derived from the timeline of Ocarina of Time, where the Hero of Time prevented and sealed Ganondorf's ambitions.

Except for Majora's Mask, the gap between these games are hundreds of years, but all of them are works closely related to Ganondorf.

These are works derived from when the Hero of Time progresses from adulthood after winning the battle with Ganondorf in Ocarina of Time. After Hyrule is sealed and flooded, the era progresses to Wind Waker.

Since time has not progressed much between the games, it is often talked about how the times progressed from Wind Waker to Spirit Tracks.

This timeline is derived from the case where the Hero of Time was defeated by Ganon and Ganon got the Triforce, so the 6 Sages and Princess Zelda sealed Ganondorf to the Sanctuary.

In this timeline, the Kingdom of Hyrule is divided into smaller countries and the kingdom itself declines.

Games with no known timeline

The above series are games whose timeline is unknown in the currently known Hyrule Hystoria. Breath of the Wild and Age of Calamity are connected stories, but since we do not know which timeline the Breath of the Wild is in, we expect that future releases will reveal this information.

Also, since the sequel of Breath of the Wild is scheduled to be released in 2022, there is a great possibility that the timeline will be revealed there.

The Timeline may change in the future

The timeline described above are current collected knowledge about the games.

The Hyrule Historia has officially stated that the setting of each era may change someday, and every time a new game appears, the setting of the era changes due to new discoveries and new interpretations like a history textbook.

Register as a member and get all the information you want. (It's free!)
Login
Opinions about an article or post go here.
Opinions about an article or post
We at Game8 thank you for your support.
In order for us to make the best articles possible, share your corrections, opinions, and thoughts about "Plot Summary and Story Synopsis" with us!
When reporting a problem, please be as specific as possible in providing details such as what conditions the problem occurred under and what kind of effects it had.