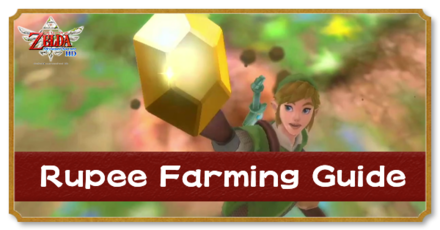 This is a guide on how to get Rupees (Money) in The Legend of Zelda: Skyward Sword HD for the Nintendo Switch. Read on to learn what are Rupees, as well as the methods used to farm Rupees quickly!

How to Get Rupees (Money) Quickly 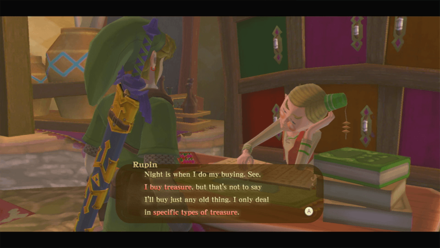 At night, while the Bazaar is closed, players can go to Rupin's house, which he calls the Night Market, and sell materials. On any given night, Rupin is only buying four different materials at random so players will have to check back constantly to sell the material they want.

For players in the early game, we recommend catching birds at Faron Woods using your Bug Net and sell the Bird Feathers to Rupin for 20 Rupees each. If there are blue birds nearby, you can catch and sell them for 100 Rupees.

Note: If players hold the Treasure Medal, treasures have a higher chance of dropping which will give you more materials to sell.

Bird Feather Farming Guide and How to Use

Catch and Sell Bugs to Strich 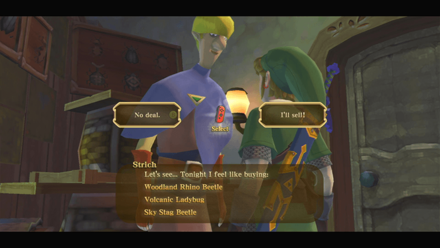 Using your Bug Net, you can catch bugs and sell them to Stritch in his room at Knight Academy at night.

The table below shows the list of bugs, as well as their sell price. 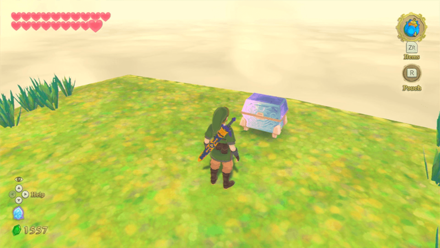 Certain Goddess Cubes will reward you with rupees. Some of these even contain a Gold Rupee which is worth a whopping 300 Rupees.
Goddess Cubes Guide 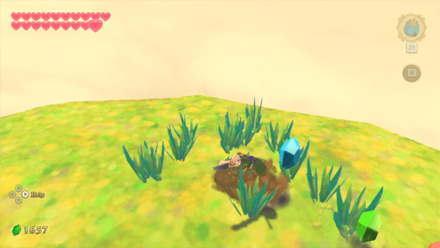 In certain areas, you can find a soft soil spots that you can dig using your Digging Mitts. Digging these soils may sometimes yield Rupees, Hearts, or Treasures!

How to Get the Digging Mitts

Use the Dowsing Feature 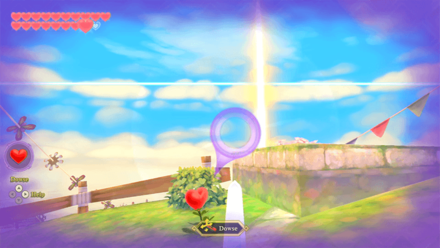 You can use the Dowsing Feature on your Goddess Sword to look for Rupees and Goddess Cubes. Finding Goddess Cubes may sometimes reward you with Rupees! 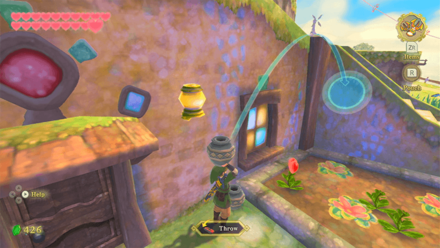 Whenever you enter a dungeon, break everything like pots, skulls, grass, and flowers. Sometimes there are Rupees hidden in those areas. 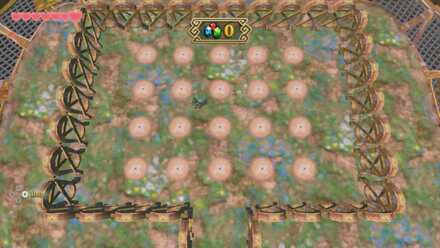 At Eldin Volcano, there is a cave wall that houses the Thrill Digger minigame. You need to use a bomb to open up the cave wall and reach the area.

Depending on luck and skill, you can get as much as 150 Rupees when playing Thrill Digger. If you are playing on Expert mode and have uncovered all the Rupee spots, you can receive more than 200 Rupees and a random rare treasure as a reward!

How to Unlock Thrill Digger 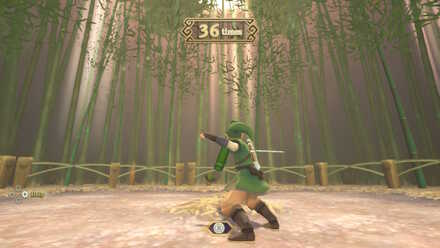 At Bamboo Island, you can play the minigame Clean Cut Challenge. You can get as much as 30 Rupees or various Treasures depending on the number of cuts you have performed.

How to Unlock Clean Cut Challenge 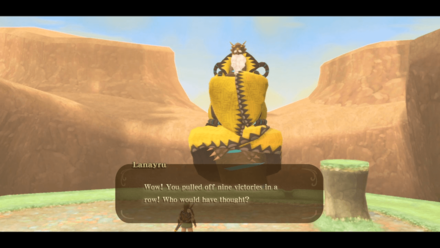 Playing Boss Rush minigame gives a lot of Rupees as one of its rewards. You get 50 Rupees every time you beat a boss for the first time or beat your personal record.

Defeating nine bosses in the mingame earns you 2000 Rupees as a reward. In Hero Mode, defeating all tweleve bosses will give you as much as 9900 Rupees!

How to Unlock Boss Rush and Rewards 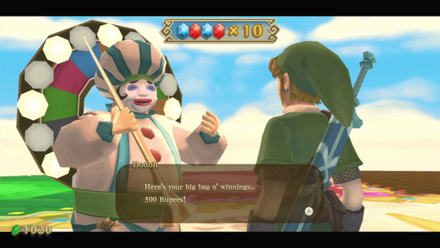 Playing Skydiving Roulette can grant you a prize as big as 500 Rupees.

The mini-game can be unlocked after you have reached the Isle of Songs inside the Thunderhead and fixed Scrapper.

Skydiving Roulette Guide: Tips and How to Unlock

Draw a Rupee on Goddess Walls 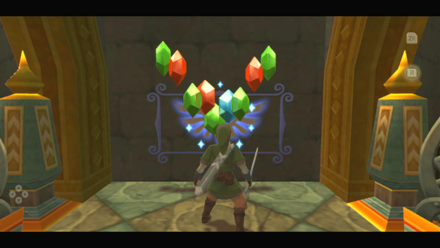 You may find a swarm of Blessed Butterflies hovering around an area in some dungeons. Equip the Goddess Harp and strum it next to them to reveal a Goddess Wall.

Drawing a rupee symbol on the Goddess Wall will grant you 10 rupees of different values.
Goddess Wall Symbols and How to Draw

What to Spend Rupees On

Of course there is no limit to how many Rupees players can get throughout their adventure, but in order to maximize efficiency we have a list of things we recommend spending your precious Rupees on. 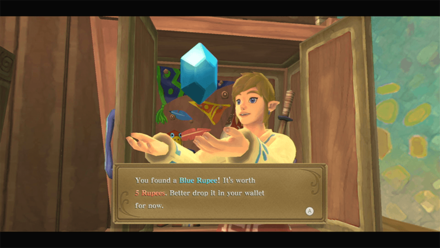 Rupees are the main form of currency used in The Legend of Zelda series. Each Rupee has a different value denoted by its color.

There are six types of Rupees that can be found in the game. Note that the Black Rupee (Rupoor) can only be found by using the Slingshot to hit a white Rupee Ore in Eldin Volcano and in two minigames, Thrill Digger and Skydiving Roulette.

Register as a member and get all the information you want. (It's free!)
Login
Opinions about an article or post go here.
Opinions about an article or post
We at Game8 thank you for your support.
In order for us to make the best articles possible, share your corrections, opinions, and thoughts about "Rupee Farming Guide: How to Get Rupees (Money) Quickly" with us!
When reporting a problem, please be as specific as possible in providing details such as what conditions the problem occurred under and what kind of effects it had.