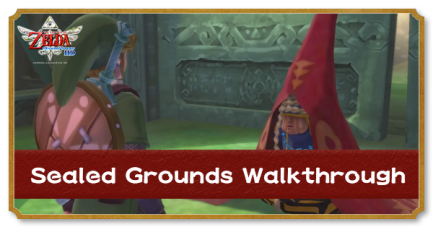 This is a complete guide to Sealed Grounds for The Legend of Zelda: Skyward Sword HD for the Nintendo Switch. Read on to learn more about how to progress through the story, where to find treasure chests, Goddess Cubes, Heart Pieces, and other collectibles, as well as how to beat story bosses and more! 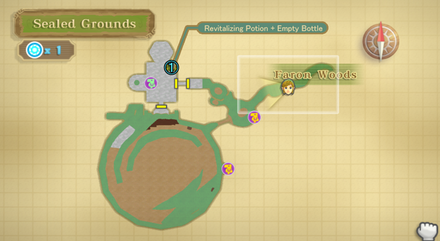 Head to the front of the Sealed Temple 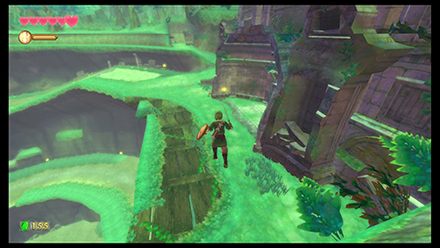 Upon landing, make your way to the building in the north.

When locked on to an enemy, call Fi to learn more about them 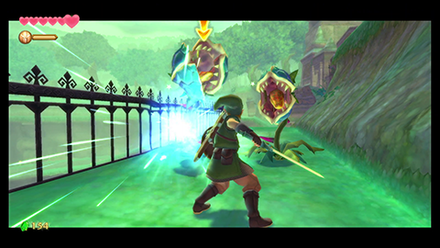 If you're having trouble with enemies in your way, you can lock onto them and call Fi for some tips. 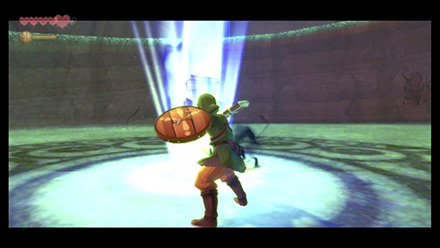 Run down the spiraling path until you reach the deepest part of the pit. In the center will be a stone pillar. Hit it with a Skyward Strike to proceed.

Alternatively, you can also jump down the ledges to do so, just remember to use the Sailcloth to avoid taking fall damage.

Return to the Sacred Temple

Take the updrafts to climb faster 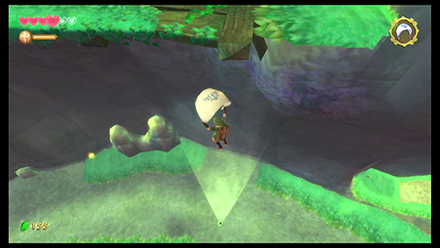 Climb back up to the top of the path. You may use the updrafts to quickly ascend to the top.

Talk to The Old One in the temple

Obtain the Revitalizing Potion in a nearby chest 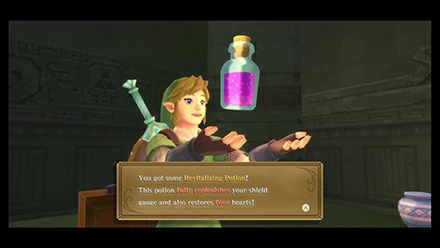 Enter the temple and speak with the old woman in the back of the temple. Listen to her story. Before you exit the Sealed Temple, you may open a nearby chest to obtain a Bottle with a Revitalizing Potion that heals you and your shield. 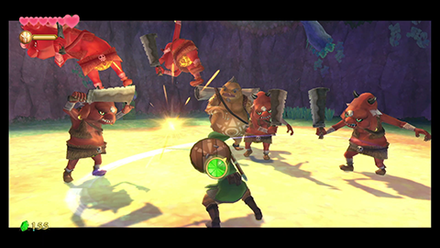 After exiting the Sealed Temple, follow the path. You'll find a pack of Bokoblins harassing a Goron up ahead. Defeat them then speak to the Goron.

Learn how to use the Goddess Harp. 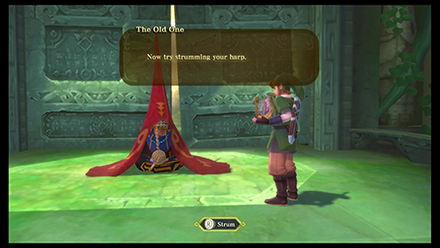 Enter the Sealed Temple. After a short cutscene, the old lady will teach you how to play the Ballad of the Goddess.

Battle with The Imprisoned

Slash away the Imprisoned's toes to knock him over. 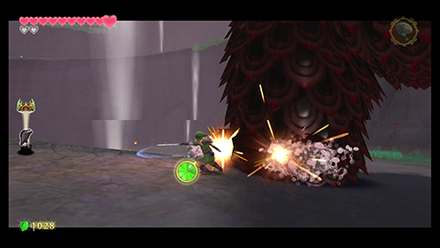 In the first sequence, the Imprisoned will slowly walk up the spiraling path. Strike its toes until they are removed. Do this for all of the toes while avoiding getting stepped on.

Once all toes are removed, the Imprisoned will fall over. Strike the sealing spike on its head until the pillar is embedded into its body. It will then attempt to slither upwards.

Jump onto the Imprisoned's head and attack the sealing spike. 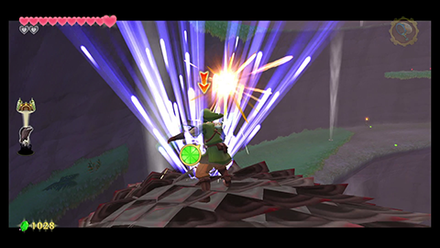 Alternatively, you may dash to a nearby updraft to get ahead of it. From a higher platform you can jump onto its' head and attack the sealing spike directly.

After the sealing spike has been embedded into the head three times, the Imprisoned will be re-sealed.

How to Beat The Imprisoned

Drive the Sealing Spike back into the ground. 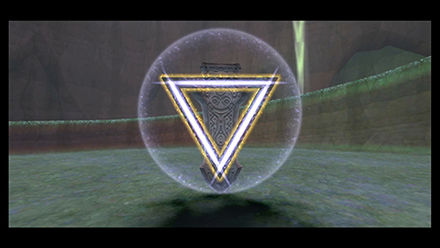 Run back down to the bottom of the pit to and hit the spike with a Skyward Strike. You'll then have to follow the on-screen instruction to strike the spike in a triangular formation. A few cutscenes will then play. 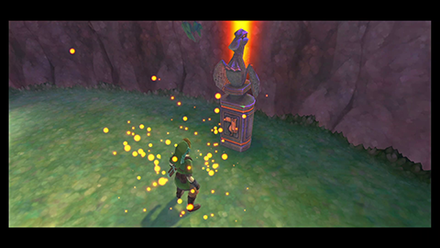 After everything is said and done, head outside and approach the Bird Statue, a dialogue with Gorko will play out. You may attempt to play the Goddess Harp where the butterflies are swarming to reveal a Gossip Stone.

Go to the Bird Statue and return to Skyloft.

Rematch with the Imprisoned. 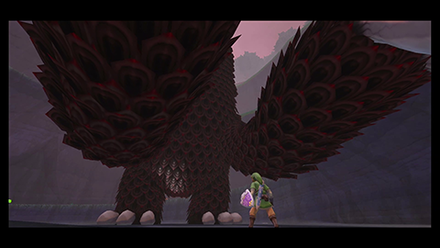 Once back at the Sealed Temple, climb up the pedestal and attempt to strike the Gate of Time with a Skyward Strike.

The Imprisoned will awake once again, head to the bottom of the pit in the Sealed Grounds and deal with him. 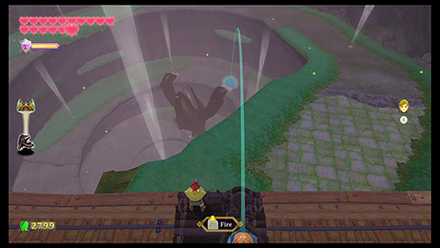 Dealing with the imprisoned will be mostly similar, but this time it will have arms it can use to climb up. You can switch to controlling Groose to shoot bombs on its hands when it tries to climb up.

Clear out its toes like before till it falls down. When it does, drive the spike on its head deeper into its skull. Repeat this three times to slay the Imprisoned.

Seal the Imprisoned at the bottom of the pit. 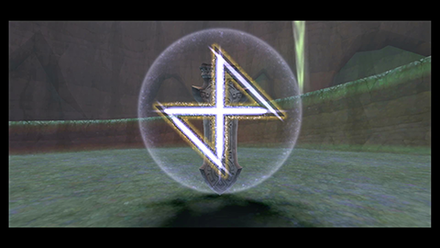 Return to the bottom of the pit to seal the spike back into the ground. You'll also have to slash in an hourglass formation to complete the seal.

Perform a Skyward Strike on the Gate of Time. 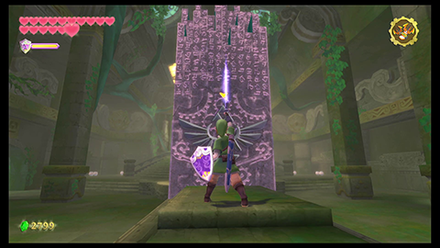 Return to the Sealed Temple and now properly strike the Gate of Time with a Skyward Strike. After a cutscene, you'll be in Hylia's Realm. Speak to Impa.

Climb up the altar to where the light shines. A cutscene will play. Go through the Gate of Time to return to the present. 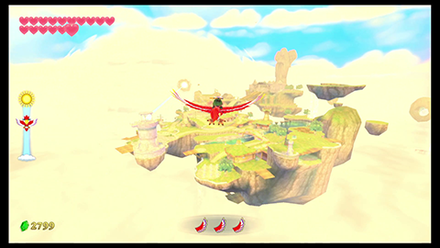 Speak with Groose before returning to Skyloft.

The Imprisoned is the large monster held within the Sealed Grounds. You will have to defend against this boss multiple times throughout the story to prevent it from escaping the area.

How to Beat the Imprisoned

You will fight Ghirahim for the third and last time in the Sealed Grounds.

In order for us to make the best articles possible, share your corrections, opinions, and thoughts about 「Sealed Grounds Walkthrough: All Maps, Treasure Chests, Goddess Cubes, and Heart Pieces | Zelda: Skyward Sword HD (Switch)」 with us!