Large-scale robotic weapon. Development was discontinued because it was deemed too dangerous. Charley used the project data to recreate a prototype within virtual reality.

Where to Find Pride and Joy Prototype

The Final Opponent in the Battle Simulator

On the 64th Floor of the Shinra Building in Chapter 16, you'll gain access to a Shinra Battle Simulator. After completing all the other matches in both the Battle Simulator and the Corneo Colosseum, and completing all the Battle Intel missions, you'll be matched up against the opponent Top Secrets. However, this opponent will only appear when the difficulty is set to Hard. On top of that, you'll have to defeat the 4 Summon bosses in a row before you're even allowed to fight it, making this battle extremely difficult to access.

Before getting ready to go up against Pride and Joy Prototype, make sure you've accomplished each of these goals first. The Battle Intel missions in particular will take some time to complete, so check out our individual guides to learn how to accomplish each of the required tasks.

The Reward is the Best Accessory in the Game

After you've defeaten all five opponents of the Top Secrets match, you'll receive what is beyond a doubt the best accessory in the game, Gotterdammerung. This Accessory will gradually fill the Limit Gauge during battles, ensure that you will be able to use Limit Breaks consistently throughout every fight, making it unrivaled in its allure. Despite the painstaking process to obtain it, we can honestly say that Gotterdammerung is worth the struggle.

It's possible to use any set of 3 characters in this battle, but we recommend using Cloud, Tifa and Aerith.

Insetad of simply boosting his defensive stats and HP, Cloud's defensive capabilites can be increased with the Counterstance Ability, which lets him deal damage back when he takes a hit from an enemy. Enemies will tend to target the character who is currently being controlled, so you'll be using Cloud for most of the battles to field and counter attacks.

With Aerith's already high Magic Attack stacked with Mythril Rod, she's great to use for both healing and offensive Spells. Have her hold the Revival Earrings as a last resort for when your whole party is hit with a powerful attack.

Go around it and attack from behind 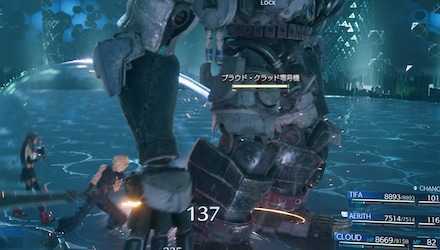 Almost all of Pride and Joy Prototype's attacks hit directly in front of it. If you're able to sneak behind it, you'll be able to attack it almost without resistance. Its movements speed and turning speed are extremely slow, so you'll be able to keep this up by simply continuing to attack for a while.

When it raises its arms, run away 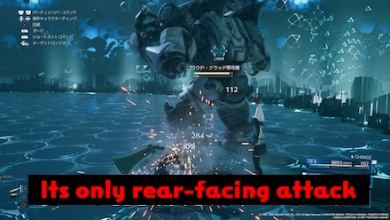 When Pride and Joy Prototype raises its arms, it will attack the whole area surrounding itself, so you won't be safe behind it. It's best to dodge out of the way when you see its arms raise, and move back after. That said, the attack it executes doesn't deal a huge amount of damage, so simply blocking and absorbing the blow is another viable option.

Move to the side and away from its Beam Cannon 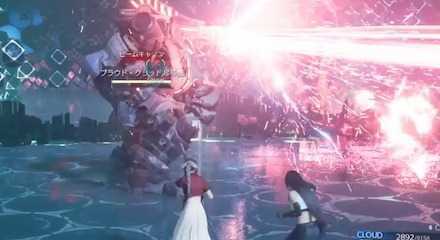 Its Beam Cannon attack will deal as much as 6,000 damage even when Blocked, so be sure to move away to the side and avoid this attack instead. Moving to the side should be enough to get you out of the way of the blast, but because it will take a long time preparing the attack, take the opportunity to move behind it and continue attacking.

Don't try to fight when the flames come out 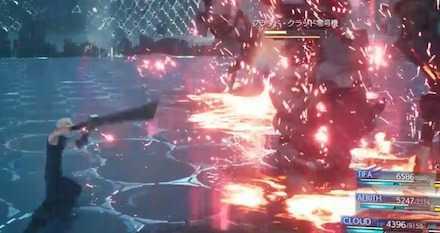 Pride and Joy Prototpye will cover the floor with a red aura and cause flames to burst up from the floor. Moving onto these flames will deal about 800 damage a second, and will eat up your character's HP in a flash. When this occurs, instead of using melee attacks, fall back and attack with Lightning Magic instead. 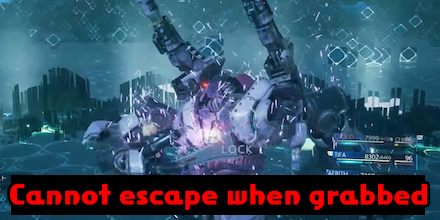 Even your characters who are keeping their distance and healing can suffer a fatal blow from Pride and Joy Prototype without warning. Be sure to have two characters who are ready to cast Revive, so that you can always bring your healer back into the battle. Pride and Joy Prototype can grab one of your characters and deal a near-unescapable 9,999 damage to them, resulting in instant death. If you've got another character who can Revive them, it will make that much difference for staying in the fight.

Register as a member and get all the information you want. (It's free!)
Login
Opinions about an article or post go here.
Opinions about an article or post
We at Game8 thank you for your support.
In order for us to make the best articles possible, share your corrections, opinions, and thoughts about "How to Beat Pride and Joy Prototype | Super Boss Fight Guide" with us!
When reporting a problem, please be as specific as possible in providing details such as what conditions the problem occurred under and what kind of effects it had.