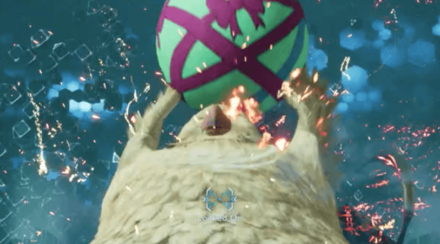 This is a guide to beating the Boss Fat Chocobo in the game Final Fantasy 7 Remake. This article explains Fat Chocobo's attack patterns, weaknesses, and tips and strategies for defeating it.

A pleasingly plump summon recreated in virtual reality. It is the manifestation of the legendary chocobo, a symbol of fertility and good fortune. Fat chocobos appear in many a beloved fairy tale.

You can challenge Fat Chocobo after you clear 1 to 9 of Chadley's Battle Intel Reports.

Once of those include defeating Shiva, so fight her first if you haven't already.

How to Beat Shiva

Get the Fat Chocobo Materia

The summon Materia can only be obtained this way, so we recommend doing this challenge early if you're up for it!

No Enemy Skills can be learned from Fat Chocobo.

Best Characters for This Boss\

Fat Chocobo is first encountered in Chapter 9. During this chapter, Cloud and Aerith are available.

At this point, you probably have unlocked Regen already, so cast it immediately at the beginning of the battle. Since it is magnified, both Cloud and Aerith will be given the Regen buff. Use Cure when you need more healing and Barrier on your active character. Triple Slash the minions that the moogles will summon to quickly remove them since they may cause you problems if left unnoticed. Have 2 ATB bars ready before staggering Fat Chocobo so you can maximize the damage of Infinity's End.

Since Fat Chocobo has lesser resistance to physical attacks, have Aerith spam Thunder (or higher) until she runs out of MP, since this is the only spell equipped on her. You can also switch the Lightning materia with Fire, Ice, or Wind. Be sure to have reserve ATB charges for Pray.

You Can't Attack the Moogles 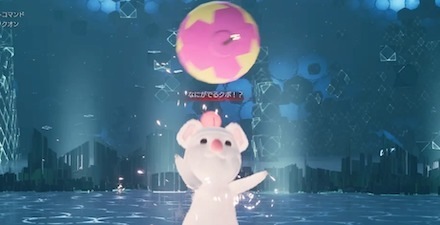 Moogles will be flying around in the Fat Chocobo fight but you can't target or attack them. They'll assist the Fat Chocobo by summoning random monsters with their Fingers crossed, kupo! ability. 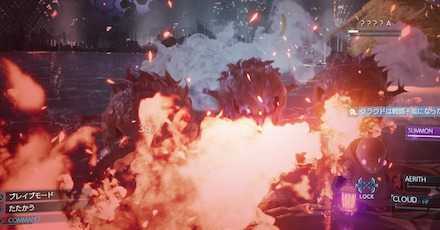 You'll be wiped out before you know it if the monsters summoned by the Moogles become too many, so try to deal with them little by little and keep their numbers down.

If there are only one or two, you can leave it to your party members to deal with it, but if there are 3 more more you'll want to focus on them yourself until you've defeated enough.

Stick to the Middle 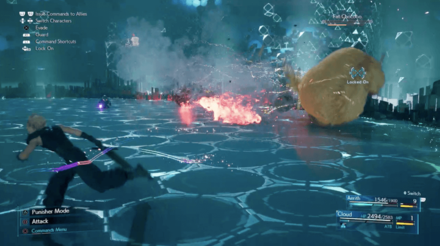 In the fight against Fat Chocobo, try not to stay away from the walls as much as possible. If you're near the wall, the Chocobo's Roly-Poly attack will hit you multiple times, dealing dangerous amounts of damage.

If you stay in the middle of the map, you should only get hit once and shouldn't have to worry too much about your HP. 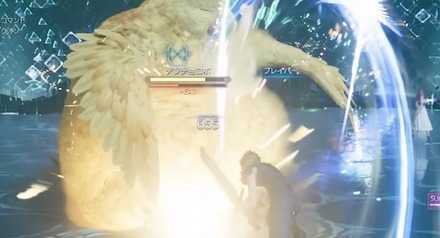 Fat Chocobo will get Pressured easily, so we recommend going at it full power. If you can get in Focused thrusts or Braver in after a normal attack combo, it should become pressured, so don't hold back.

Chance to Stagger it after Kweh kweh! 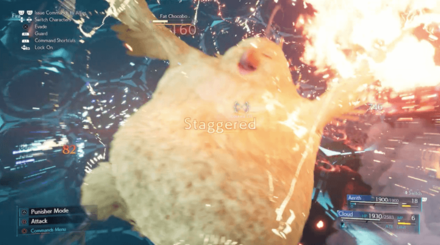 After going Kweh kweh!, the Chocobo will become Pressured and greatly speed up. It will roll around on the ground quickly and then jump around at the end.

Since it also becomes Pressured, it's a great chance to Stagger it. Especially Focused Thrust should work well, so get in there and give it all you've got!

Heal Immediately when you see Kweh... 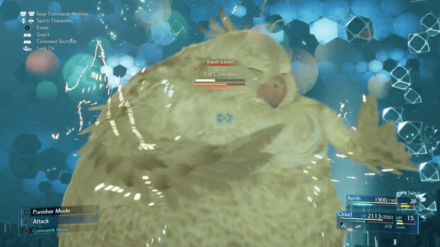 When the Fat Chocobo says Kweh..., after you've got it down to 25% HP, you'll get hit by its Ultimate attack, Kerplunk. On Normal it dealt more than 3000 damage, so immediately heal up when you see it.

Use Triple Slash to Take Out Adds

When the Moogle begins to summon other enemies, have Cloud use Triple Slash to take them out quickly and get back to hurting Fat Chocobo. When only a few are on the battelfield things won't be too bad, but if left alone they will increase and may cause your demise.

In order for us to make the best articles possible, share your corrections, opinions, and thoughts about 「How to Beat Fat Chocobo | Boss Fight Guide | FF7 Remake」 with us!