This is a guide to beating the Boss Bahamut in the game Final Fantasy 7 Remake (FF7R). This article explains Bahamut's attack patterns, weaknesses, and tips and strategies for defeating them.

A legendary summon recreated in virtual reality. It is the manifestation of a dragon king revered by the original stewards of the planet. According to oral tradition, there are many Bahamuts, each with their own powers and forms.

Get the Bahamut Summon Materia as a Reward

After you've defeated Bahamut, Chadley will give you the Bahamut Summon Materia, the strongest Summon Materia in the game. If you're trying to 100% the game, or just want an edge against some of the endgame bosses, you don't want to miss this one! 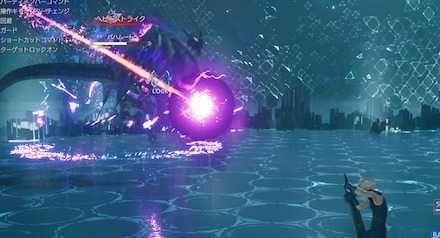 When Bahamut uses Umbral Strikes, change to a different character right away. Since Umbral Strikes is an unavoidable attack, don't waste time trying to handle it – just eat the attack and let another character continue attacking and get ready to heal the damaged character. 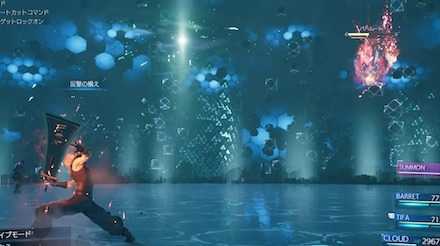 The grandiose Divebomb attack is a chance for Cloud to use Twin Stinger's Ability, Counterstance. Other Abilities like Claw Swipe, Flare Breath, and standard attacks can also be countered in this way, making this an effective technique for handle Bahamut as a whole.

Use Revival Earrings to bounce back from Megaflare 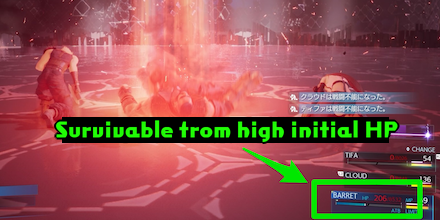 Bahamut's strongest attack, Megaflare, will almost certainly wipe out most of your party. It's best to accept this and handle it with Auto-Life techinques like the Revival Earrings, which will automatically cast Revive on a character after they are defeated, then break. 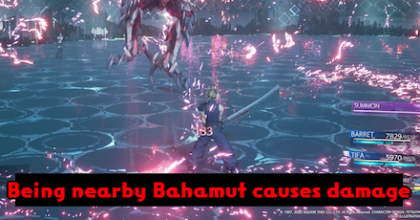 Use the Magnify Materia together with a Healing Materia to allow a specific character to keep the party alive throughout the battle. Bahamut will emit a purple aura which deals continuous damage to anything around it for the majority of the battle. Using Magnify + Regen will allow your characters to zero out this damage to hit Bahamut with melee attacks. 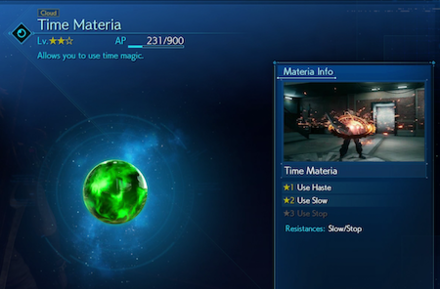 With the Time Materia, you can cast Haste to increase your party's ATB Gauge. This will allow Cloud to use the Counterstrike effect repeatedly and get as much damage on Bahamut as possible. It's a good idea to use this together with Steadfast Block Materia to decrease the damage each time Cloud takes a hit, to let him continue this process without getting knocked out.

How to Get the Time Materia

Use Counterstance to aim for a counterattack 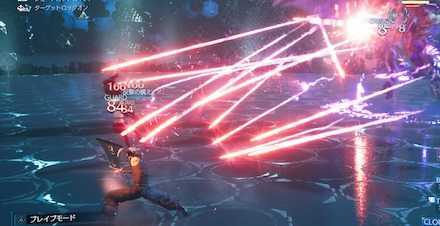 Bahamut attacks continually and viciously throughout the fight, and simply slashing at him will just get you knocked back. Use Twin Stinger's Counterstance Ability to counter its attacks and deal damage without having to go on the offensive.

Bide your time and wait for an opening 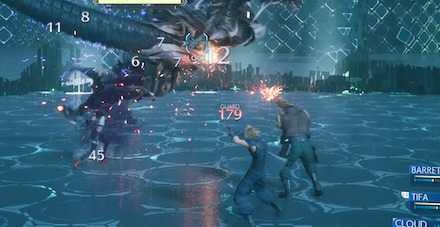 Most of the time, there won't be an easy opening to get hits in. While using Counterstance as described above, play defensively while waiting for your chance to strike. Hold R1 to block throughout the fight, and you'll deal more damage in the end.

When the Countdown starts, attack with all your might 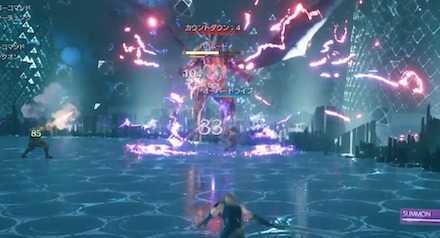 When Bahamut begins preparing its Countdown, it's your chance to unleash your pent-up rage. Use all the Abilities and Limit Breaks you have. If you deal enough damage to it, you will be able to stop Bahamut from using Megaflare.

If you fail to stop the countdown, your entire party will suffer over 8,000 damage on Normal difficulty from the powerful Megaflare attack.

Watch Out for Ifrit

Different from the VR Mission version of Bahamut, when its HP drops to 50% it will summon Ifrit to fight alongside it. Fighting both at the same time can prove difficult, so use your strongest abilities or a Limit Break to quickly dispose of Ifrit.

In order for us to make the best articles possible, share your corrections, opinions, and thoughts about 「How to Beat Bahamut | Boss Fight Guide | FF7 Remake」 with us!