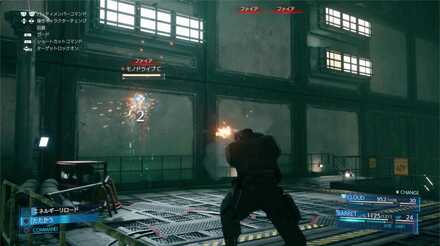 The Best Weapons for Cloud

Tear Into Enemies With Physical Attacks

Out of all of Cloud's weapons, the Hardedge has the highest physical attack as well as skill that increases the strength of normal and strong attacks. However, it does not increase HP or MP at all.

The Buster Sword has high physical and magical attacks allowing you to safely use either type of ability. You will likely spend the majority of the game as Cloud so the flexibility of the Buster Sword will aid you greatly.

The Best Weapons for Tifa

The Metal Knuckles increase the damage dealt by regular attacks making this weapon a great fit for Tifa who mostly uses physical attacks. Paired with the 10% ATB charge rate boost, the Metal Knuckles will allow you to use abilities more frequently to increase your overall damage output.

With an 1150 boost to Tifa's HP and the ability to avoid incapacitation once per battle, Purple Pain will help keep Tifa alive longer. With a critical hit damage boost, Tifa's maximum damage output increases as well. However, the increase to her critical hit rate requires her to have low HP, so players should be careful when strategizing around it.

The Best Weapons for Barret

Big Bertha boasts the highest physical attack power of all his ranged weapons as well as a hefty 1250 boost to his HP making him harder to kill. Some of its skills also activate when his HP is high, allowing you to deal even more damage.

The Best Weapons for Aerith

The Mythril Rod with its high magic attack is perfect for Aerith whose attacks are entirely magic-based. The downside, though, is that it lacks MP boosting skills. While on Hard Mode you may not be able to make use of its 20% Magic boost at full MP very often, but it is still the strongest in other ways.

Mixing Reprieve with a buff to guarding, the Reinforced Staff will help Aerith stay alive. The 50% boost to healing while at low HP will also allow her to quickly heal to full for less MP.

The Best Weapons For Yuffie

The 4-Point Shuriken has both high attack and magic attack, allowing you to deal good damage with both of the damage types. Fits every situation Yuffie will encounter in her mission.

The Best Weapons For Sonon

The Marshalist's Staff is the best for Sonon in any situation as it helps him fit perfectly in his role as Yuffie's support. Its unique ability Synergized Limit Break is also a big reason why to have it equipped.
Abilities and Best Weapon Upgrades for Marshalist's Staff

Why These Weapons Are the Best

They Can Be Used in Any Situation

Every weapon in Final Fantasy 7 Remake has its strengths and weaknesses so this list isn't absolute, but compared to the weapons we didn't list, the flexibility of the weapons above makes them our top picks.

See more comments (6 Comments)
Opinions about an article or post go here.
Opinions about an article or post
We at Game8 thank you for your support.
In order for us to make the best articles possible, share your corrections, opinions, and thoughts about "How to Find The Best Weapons For Everyone (Intergrade Updated)" with us!
When reporting a problem, please be as specific as possible in providing details such as what conditions the problem occurred under and what kind of effects it had.