What are Battle Intel Reports? 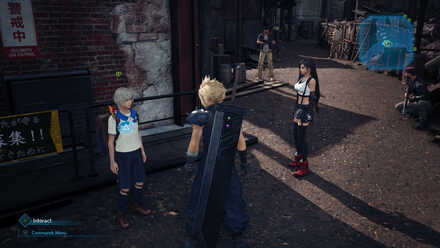 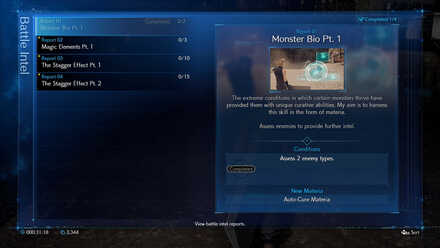 Battle Intel Reports are available from Chadley, a 15-year-old boy living in the Sector 7 Slums. Chadley is researching Materia, and is working under Professor Hojo as an intern at Shinra's Research and Development Division. 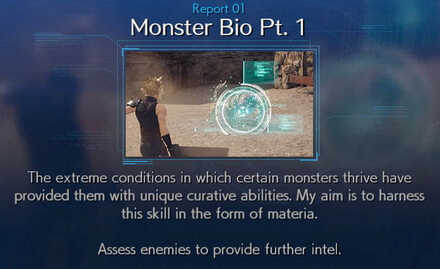 Battle Intel Reports are not solved simply by defeating enemies. Instead, you'll need to do things like using the Assess Materia to examine enemies, Stagger multiple enemies, or fulfill other special enemy related requirements.

Summon Battles Increase in Level as You Progress

Just like regular enemies throughout the game, Shiva and Fat Chocobo will also increase in level as you progress. This means that as you go through the game, they will get stronger so you won't be able to outlevel them for some time to make them go down quicker.

This does not effect Leviathan or Bahamut, who are at levels 35 and 50 respectively.

In order for us to make the best articles possible, share your corrections, opinions, and thoughts about 「Chadley's Battle Intel Reports Guide and Rewards | FF7 Remake」 with us!