Who Should You Pull From Double Special Heroes (February 2020)? | Fire Emblem Heroes 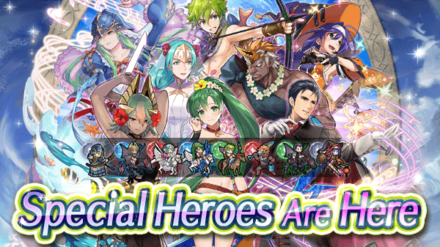 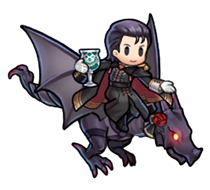 The best unit from this banner is Soiree Reinhardt. As a flying unit with a refresher skill, he is very good as a support unit, and with his exclusive weapon that attacks twice, he is also a powerful green nuke.

Summer Lyn's exclusive bow is effective on both armored and flying foes. Summer Laegjarn's weapon also gives her the effect of Desperation when her HP is at least 50% or higher, making her another powerful flying mage.

All 8 Heroes of this banner are going to be 5 Star only. This means they all have an appearance rate of 0.75%, making the special heroes here easier to pull than they would be in a Legendary Hero summon or elsewhere.

Should You Pull From Double Special Heroes?

For the most part, this summon does not warrant spending many orbs on. While there are a couple of powerful units here, none of them are good enough justify wasting tons of orbs for, so other than the free pull, we recommend skipping this one. Considering a Legendary Hero Summon and Easer Banner are right around the corner, save your orbs for now.

Pull if there is a Special Hero you wanted

The units in this banner may not be available again for some time. If you previously wanted one of these, but could not get your hands on them, now is your chance to pull them once more.

Register as a member and get all the information you want. (It's free!)
Login
Opinions about an article or post go here.
Opinions about an article or post
We at Game8 thank you for your support.
In order for us to make the best articles possible, share your corrections, opinions, and thoughts about "Who Should You Pull From Double Special Heroes (February 2020)?" with us!
When reporting a problem, please be as specific as possible in providing details such as what conditions the problem occurred under and what kind of effects it had.