Who Should You Pull From Bridal Beloveds? (Bridal Banner 2020) | Fire Emblem Heroes

This is a page about the Bridal Beloveds summoning event in Fire Emblem Heroes (FEH). If you want to know about the heroes Bridal Micaiah, Rafiel, Bridal Nailah, and Bridal Oboro, or you are wondering who to pull from this banner, please read on.

Who should you pull from Bridal Beloveds? 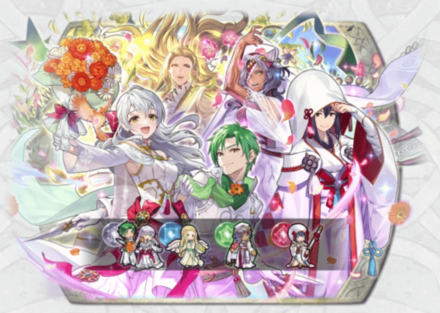 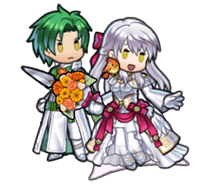 The versatile Bridal Micaiah is the best focus hero in this gacha. Her weapon is strong against armored and cavalry foes. It also grants an Atk buff and prevents foes from counterattacking if she initiates combat, provided that bonuses are active on her. In addition, she possesses a duo skill that inflicts a debuff and strengthens allies within 3 columns centered around her.

Rafiel is available at a 4 Star Rarity

If there is a character you want, pull for them

As the focus heroes in this gacha are special heroes, they only appear in specific gachas such as this one. If you badly want one of the focus units, you should pull for them, as it will take a long time before they are obtainable again.

Register as a member and get all the information you want. (It's free!)
Login
Opinions about an article or post go here.
Opinions about an article or post
We at Game8 thank you for your support.
In order for us to make the best articles possible, share your corrections, opinions, and thoughts about "Who Should You Pull From Bridal Beloveds? (Bridal Banner 2020)" with us!
When reporting a problem, please be as specific as possible in providing details such as what conditions the problem occurred under and what kind of effects it had.