★ Sigurd: Fated Holy Knight
☆ Forces of Will
☆ Childhood Encounter
☆ A Season for Picnics 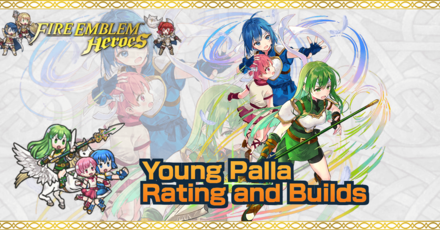 This is a ranking page for the hero Palla - Sisterly Trio from the game Fire Emblem Heroes (FEH). Read on to learn the best IVs (Individual Values), best builds (Inherit Skill), weapon refinement, stats at Lv 40, and more for Young Palla.

The best IVs for Palla are +Atk and -Res. Young Palla's weapon allows her to make extra attacks under certain situations so having a higher Atk best maximizes her damage. Her Res is of less importance so it is safe to take it as her bane.

We recommend a +Atk IV when merging Young Palla to 10. With +10 merges, Young Palla's Atk stat will reach 66. This allows her to take easily take down a wide-range of units especially when the extra attack of Whitedown Spear kicks in.

Young Palla is a close physical attacker (range = 1). Therefore, when not accounting for the Weapon Triangle, the amount of damage she deals will be equivalent to her Atk minus the foe's Def stat. On top of this, she has access to an additional Duo Skill, which can be activated multiple times per battle.

Y!Palla's Duo Skill raises her arena score, in addition to unleashing a powerful battle effect. Duo Heroes have a Duo Skill which can be used once per map. Additionally, her Duel effect treats her stats as 185 in Arena modes, giving her a huge advantage over many other heroes.

The effect of Palla's Duo Skill is shown below 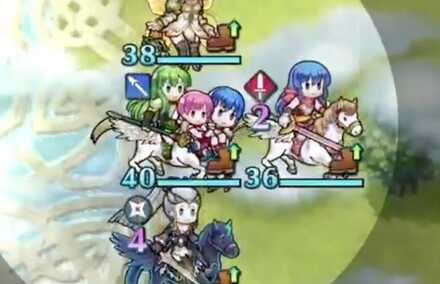 Young Palla possesses a duo skill that allows adjacent flying ally units to move an extra space. This can be used once per game on odd-numbered turns, and is an amazing skill to have an an all-flier team.

Palla - Sisterly Trio Only Appears as a 5 Star Hero!

Young Palla as a Source Hero

Young Palla can be used to inherit the skills Mirror Impact and Chill Atk/Spd 2. However, Young Palla is a rare Duo unit, so we recommend that you train and build her instead.

How to Get Young Palla / Illustrations / Voice Actor / Quotes

How to Get Young Palla

Young Palla is a limited time Hero who can be pulled from a Special Heroes Summoning Event. They do not appear in regular summons.

Special Heroes: The Start of It All

>>2 i'm about to retire some of my OG units because of the power creep. its sad but its just the way it is. Will never send them home though thats for sure

>>1 Power creep!!! We gotta adapt or we're not going to win any more matches in AR or Arena thats just the way it is

Register as a member and get all the information you want. (It's free!)
Login
Opinions about an article or post go here.
Opinions about an article or post
We at Game8 thank you for your support.
In order for us to make the best articles possible, share your corrections, opinions, and thoughts about "Young Palla Builds and Best IVs" with us!
When reporting a problem, please be as specific as possible in providing details such as what conditions the problem occurred under and what kind of effects it had.