This is a guide to Giant Depraved One, an enemy in Demon's Souls for the PS5. Read on to learn about Giant Depraved One including its HP, Souls obtained, drops, locations, defenses, resistances, guard abilities, and its variants.

Giant Depraved One Stats and Drops 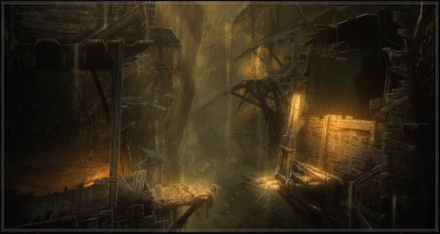 This damp valley is the resting place of those who have been long forgotten. Overtaken by poison and plague, the dwellers attack anyone who wanders into the valley.

Archstone of the Demon Leechmonger.
The Valley of Defilement leads to a huge swamp into which all that is unclean flows, becoming a nest for putrilage, vermin, and plague.

How to Beat Giant Depraved One

Fight Them From A Higher Altitude or Open Area

Use Weapons That Cause Bleeding

The Giant Depraved Ones' HP pool is massive so using ailments that can deal damage overtime can greatly help against the fight with these humongous creatures.

Register as a member and get all the information you want. (It's free!)
Login
Opinions about an article or post go here.
Opinions about an article or post
We at Game8 thank you for your support.
In order for us to make the best articles possible, share your corrections, opinions, and thoughts about "Giant Depraved One Location, Drops, and Stats" with us!
When reporting a problem, please be as specific as possible in providing details such as what conditions the problem occurred under and what kind of effects it had.