How to Get the Bomb Bag: Location and How to Use | Zelda: Skyward Sword HD (Switch) 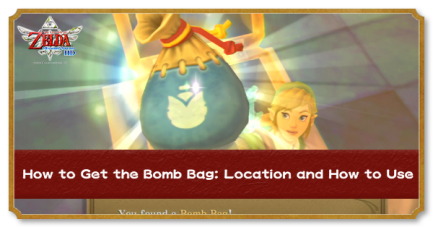 This is a guide to getting the Bomb Bag in The Legend of Zelda: Skyward Sword (HD) for the Nintendo Switch. Read on to learn where to find Bomb Bag, as well as how to use it.

How to Get the Bomb Bag

How to Obtain Bomb Bag

Obtained from Ledd in the Earth Temple 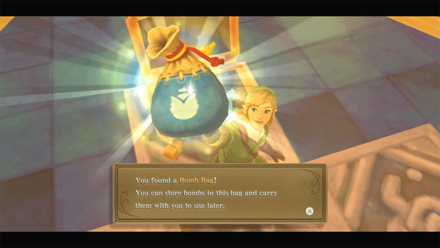 The first Bomb Bag can be found inside a treasure chest after defeating the two Lizalfos.

After defeating them, talk to the Mogma called Ledd and he will let you borrow the bag and include 10 Bombs for free.

Purchase at the Gear Shop 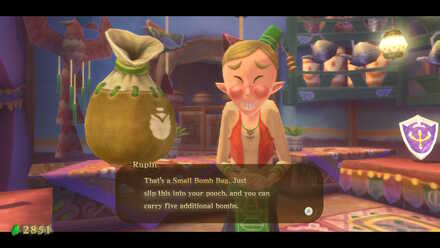 After obtaining the first Bomb Bag, you can buy the Small Bomb Bag as an upgrade for 50 Rupees.

You can also purchase addtional bombs for 10 Rupees.

How to Use the Bomb Bag 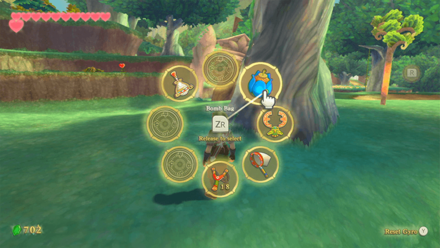 Hold down the ZR Button on the Right Joy-Con to bring up the Items menu. Point the controller at the Bomb Bag and let go of the ZR Button to equip it.

Press the A Button to Put Down a Bomb 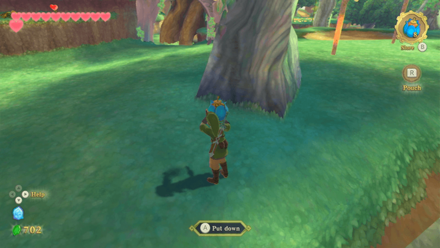 Once you have equipped the Bomb Bag, press the ZR Button to use it. Press the A Button to put down a bomb in place.

Point the Right Joy-Con Upwards to Throw a Bomb 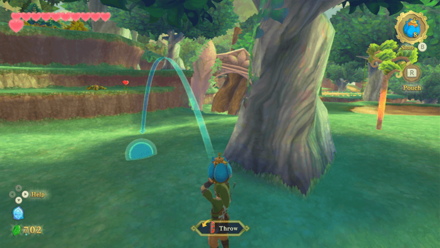 Point the Right Joy-Con upwards to prepare to throw the bomb. Link should be holding the bomb above his head as seen in the image above.

Swing the right Joy-Con down to throw the bomb.

If you are using button-only controls, flick the right thumbstick up and press the ZR Button to throw the bomb.

Point the Right Joy-Con Downwards to Roll a Bomb 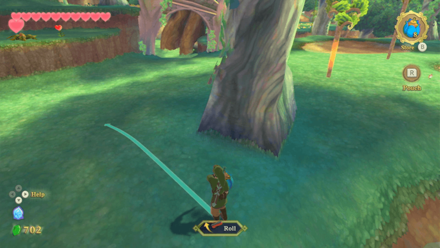 Point the Right Joy-Con downwards to prepare to roll the bomb. Link should be holding the bomb on his side as seen in the image above.

Swing the right Joy-Con up to throw the bomb.

If you are using button-only controls, flick the right thumbstick down and press the ZR Button to roll the bomb. 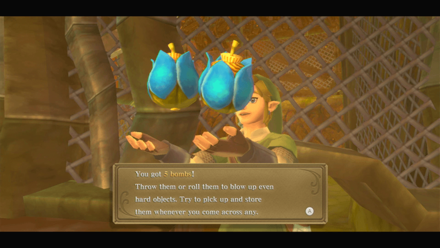 Once you have a Bomb Bag, you can pick bombs from the bomb flowers to store them for future use.

Press the A Button to pick up a bomb from the flower and then press the B Button to store it inside the Bomb Bag. You can also find bombs inside destructible objects such as vases. 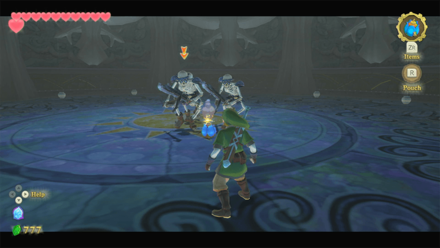 Bombs can be used to defeat certain enemies. For example, you can place a bomb near a Stalfos to make their arms fall off, leaving them open to an attack.

Get Rid of Rocks

You can use bombs to remove rocks that are blocking the way or rocks covering Timeshift Stones in the Lanayru region. 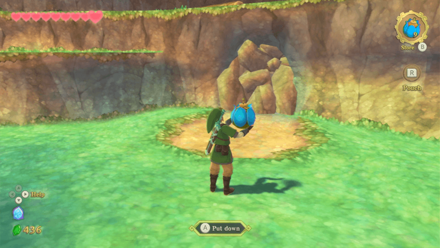 If you place a bomb near a crack wall you can pierce it and create a hole leading to a new area. The cracked walls are difficult to find, so be sure to take a closer look at the surrounding area.

Register as a member and get all the information you want. (It's free!)
Login
Opinions about an article or post go here.
Opinions about an article or post
We at Game8 thank you for your support.
In order for us to make the best articles possible, share your corrections, opinions, and thoughts about "How to Get the Bomb Bag: Location and How to Use" with us!
When reporting a problem, please be as specific as possible in providing details such as what conditions the problem occurred under and what kind of effects it had.