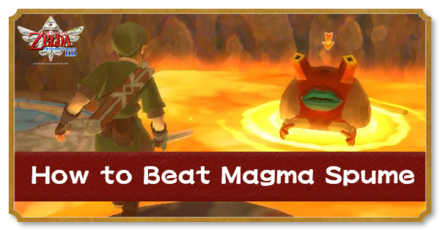 How to Beat Magma Spume 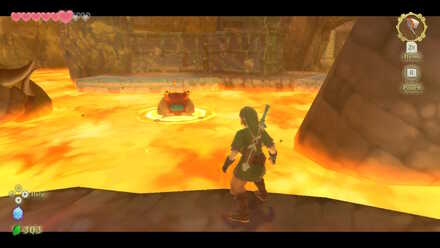 Magma Spume are hard-to-reach enemies that can be defeated by using ranged weapons such as bombs. They shoot fireballs that can easily be avoided by moving around. As it is found in Eldin Volcano, use the fiery environment to your advantage! 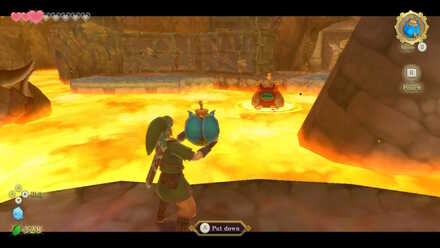 After you get the Bomb Bag, you can throw Bombs to instantly defeat Magma Spumes. As the area is covered in lava, Bombs will explode the moment it touches the surface, so aim freely around the Magma Spume.

It will be significantly easier to defeat Magma Spumes once you get the Bow, as it is a one-shot.

Run Over With A Boulder 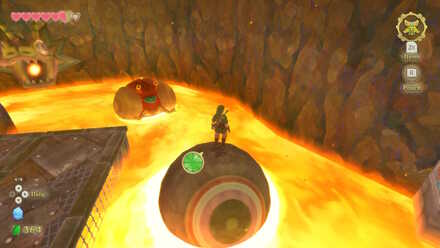 While you are in the Earth Temple, you will come across rolling boulders that let you traverse the lava. Running over a Magma Spume with this boulder will instantly defeat it.

In order for us to make the best articles possible, share your corrections, opinions, and thoughts about 「Magma Spume Locations and How to Beat | Zelda: Skyward Sword HD (Switch)」 with us!