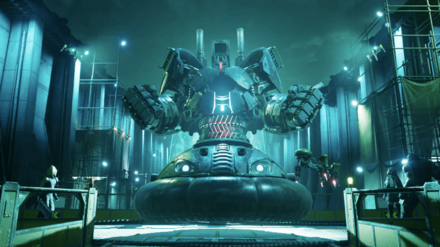 This is a guide to beating the Boss Airbuster in the game Final Fantasy 7 Remake. This article explains Airbuster's attack patterns, weaknesses, and tips and strategies for defeating it on both Normal and Hard Mode.

A large mobile weapons platform currently being developed by the Advanced Weaponry Division. Although still in the prototype phase, it was rushed into action to aid in the public execution of Avalanche members.

Each time Airbuster takes a set amount of damage, it will change its form and its attack pattern. Keep these phases in mind as you fight to have a better shot at defeating it.

No Enemy Skills can be learned from Airbuster.

The Airbuster is encountered during Chapter 7. In this chapter, Cloud, Barret, and Tifa is available.

Use spells from the Lightning Materia to deal extra damage but remember to save some MP for healing and reviving. Summon Ifrit and spam Radiant Plume as soon as possible.

Using Barret in this batte is slightly requires more work. As soon as the battle begins, use Overcharge for the ATB charages then have him cast Barrier on himself. Once the Barrier is up, accumulate ATB charges for Lifesaver then follow it with Steelskin. This will make Barret tank most of the hits taken by other members. If Barret needs healing, use his Chakra or have Cloud cast Cure (or higher if needed) on him.

Use Tifa as your main attacker during the first two phases and when the Airbuster comes close in Phase 3. After reaching Chi level 3 using Unbridled Strength for the damage boost, spam spells from the Lightning Materia since Tifa does not have any other spell to use. After this, use every ATB charge you accumulate on Focused Strike. Every time this ability hits fills up the ATB gauge so you can almost use it one after another.

Use Key Cards to Dispose of Airbuster components 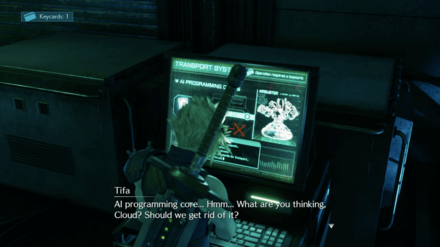 By using Key Cards on the 3 Consoles spread out in the Assembly facility, you can cripple the Airbuster's movements, damage output and ammunition. We strongly recommend removing the weapon components, AI Programming Cores or Big Bombers instead of getting items.

The Effects of Removing Components

Where to Find Key Cards 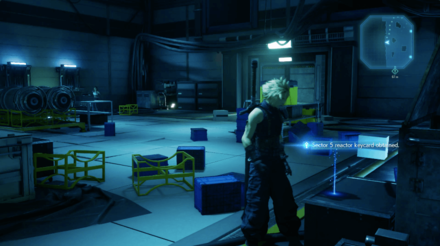 You can find Key Cards in the facility rooms with the consoles. These are all before the battle itself, so make sure you pick them up before you challenge the Airbuster.

Stagger it with Thunder 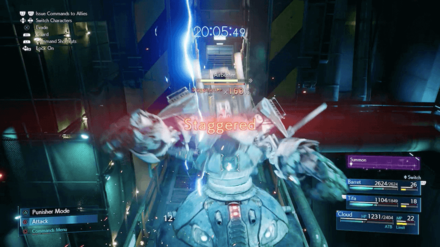 No matter the phase, Airbuster is weak to Thunder and can be Staggered by it. You only have few openings to go full power, so try to Stagger it as much as you can. 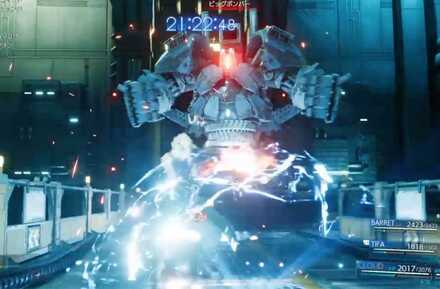 Airbuster will spread out a couple of Lightning Mines. These will be on the ground for a little while before unleashing a lightning field that will stun you, so you have the time to avoid them and definitely should!

Once it's got you stunned, it will fire Big Bomber at you. Depending on your level and difficulty, this can deal 1000 damage, so avoid the mines and rob him of easy targets. 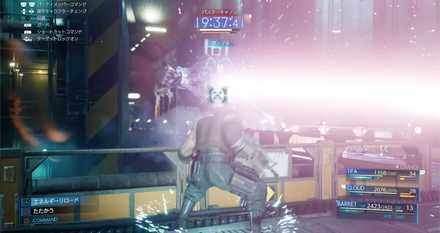 When you get it to around 75% health, Airbuster will shoot out a huge laser with its Tankbuster move.

It takes a while to charge and the Airbuster will place itself so you can take cover to the sides, so make sure to avoid it.

While it's shooting the laser, you can switch to Barret and get some good damage in. 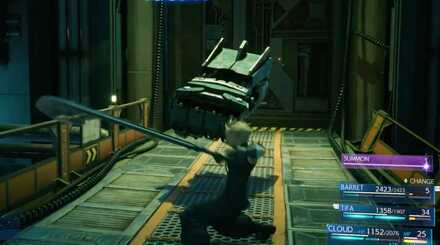 Airbuster will send off both of its Arms to attack you on their own with the Divide and Conquer move.

They both have the same weakness as the boss itself, Thunder, but they also don't take a lot of damage from normal attacks, so try to Stagger them or switching to Punisher mode for more damage output.

Attack with Barret when it's Flying 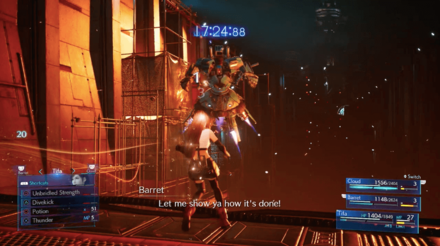 At 50% health, Airbuster will bust out jet engines and fly out of reach. You won't be able to reach with Cloud or Tifa's attacks, so switch to Barret and rain bullets on it.

Use Close Ranged Attacks when it Comes Close 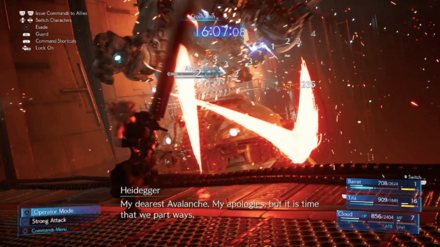 When it comes back to the railing you are fighting on, give it everything you got. Limit Breaks and Summons work especially well, and you can get in a lot of damage if you Stagger it while it's close.

Cloud as the Mage

Cloud has the best Magic damage output and potential with his Mythril Saber combined with the Circlet. You will want to use him whenever you need to stagger with the help of Lightning magic.

TIfa as the Hitter

Once Airbuster is staggered switch to Tifa and let her rip. Make sure you have max Chi lv. when you stagger it. Use Rise and Fall and Omnistrike to increase the stagger bonus damage and use True Strike for maximum damage.

With Barret's large health pool and ability to fight from afar, he has the best chances of living the longest, making him an effective healer. Switch to him whenevery you need to heal, revive or simply need to attack from afar, especiialy during Phase 3. 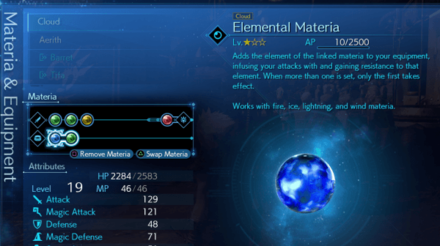 Due to being unable to use items on hard mode, you will have no way to recover MP outside of regeneration, so it is best to link up the Elemental and Lightning materias on each character's weapon to add lightning to your physical attacks. 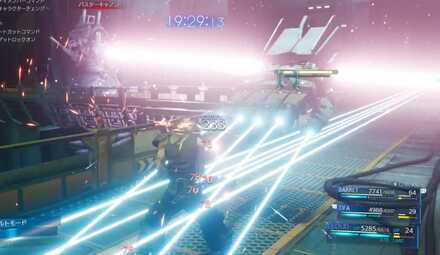 Throughout the chapter when you receive card keys, you want to focus on removing its AI Cores to prevent it from using its Fingerbeam attack. The attack is difficult to predict and will stun your characters for 10-15 seconds, so the less Airbuster can use this attack the better.

Watch Out for its Arms! 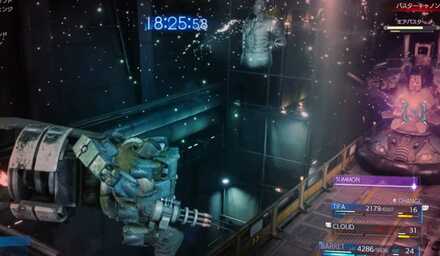 Just like in normal, when Airbuster uses Divide and Conquer it will detach its arms and send them to each side of the arena. A new mechanic in hard is that they can now grab you and bind you, leaving you wide open to taking the full brunt of Tankbuster when it uses it. When the arms appear focus one down as quickly as possible with all of your attacks to avoid this attack.

Beware of Tankbuster in the Final Phase

When its HP gets low, it will begin to use Tankbuster twice in quick succession. When it begins to charge the attack get away from its front and stay away until both go off. Getting hit by just one of these will deal massive damage on hard mode and leave you open to get hit by the next one.

Register as a member and get all the information you want. (It's free!)
Login
Opinions about an article or post go here.
Opinions about an article or post
We at Game8 thank you for your support.
In order for us to make the best articles possible, share your corrections, opinions, and thoughts about "How to Beat Airbuster | Boss Fight Guide (Normal & Hard Mode)" with us!
When reporting a problem, please be as specific as possible in providing details such as what conditions the problem occurred under and what kind of effects it had.