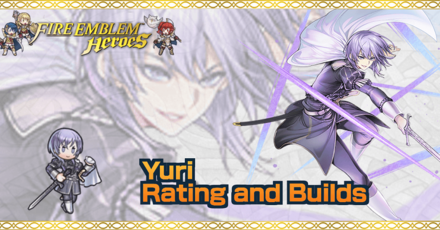 This is a ranking page for the hero Yuri - Ashen Valiant from the game Fire Emblem Heroes (FEH). Read on to learn the best IVs (Individual Values), best builds (Inherit Skill), weapon refinement, stats at Lv 40, and more for Yuri. 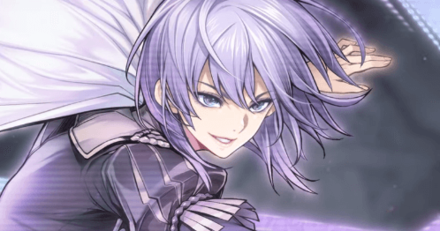 The best IVs for Yuri are +Spd and -Def.

He has a superboon in Spd and will effectively have 45 Spd at max lvl, making him a hard-hitting speedy unit.

Yuri's Def isn't very high, so it's safe to take it as his bane.

The same reasons apply above if you want to merge Yuri to +10.

At 10 merges, he has an insane 50 Spd, which will allow him to double most units in the game.

This build abuses Foul Play to deactivate traps in Aether Raids, and then using Canto to retreat to safety.

This build maximizes Atk and Spd to deal as much damage as possible. Fury 4 can be replaced by Atk/Spd Push 4, or Fury 3 if on a budget.

Yuri is a ranged physical attacker (range = 2). Therefore, when not accounting for the Weapon Triangle, the amount of damage he deals will be equivalent to his Atk minus the foe's Def stat.

Insane plays can be made with Foul Play 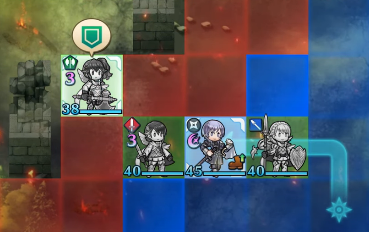 Yuri's insane range and his Foul Play assist is shown here when he targets Anna to swap with.

Yuri's Assist skill allows him to swap spaces with any ally on the map 3 spaces away.

This is an insane skill that has opportunity for a lot of plays because Yuri can either retreat to safety, pull an ally back to safety, or swap in front of a dancer, allowing him another action.

Yuri's dagger not only accelerates his Special trigger, but also gives him the ability to move an extra space at the start of the turn.

This means that Yuri has the movement of a cavalry unit and can quickly cross the map.

The weapon also gives him【Canto (2)】, which means that he can move to safety after attacking, making him perfect for hit and run tactics.

No Close Counter means he is vulnerable to melee units

Yuri does not have any Close Counter in his kit and his Def is lower than his Res, which means that all it takes is a melee physical damage unit to walk up to him and say hello.

Yuri - Ashen Valiant Only Appears as a 5 Star Hero!

Yuri as a Source Hero

Yuri can be used to inherit C Duel Infantry 4 and Time's Pulse 3.

As he is the first unit to have C Duel Infantry 4, it's not possible to get all modes of this skill and Time's Pulse 3 off of one copy.

You can, however, get C Duel Infantry 1-3 from Loki, then inherit the rest of Yuri.

How to Get Yuri / Illustrations / Voice Actor / Quotes

How to Get Yuri

Yuri is a Hero who can be pulled from any summon.

Register as a member and get all the information you want. (It's free!)
Login
Opinions about an article or post go here.
Opinions about an article or post
We at Game8 thank you for your support.
In order for us to make the best articles possible, share your corrections, opinions, and thoughts about "Yuri Builds and Best IVs" with us!
When reporting a problem, please be as specific as possible in providing details such as what conditions the problem occurred under and what kind of effects it had.