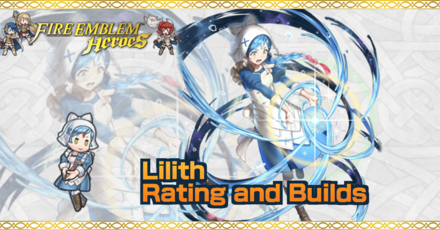 This is a ranking page for the hero Lilith - Astral Daughter from the game Fire Emblem Heroes (FEH). Read on to learn the best IVs (Individual Values), best builds (Inherit Skill), weapon refinement, stats at Lv 40, and more for Lilith. 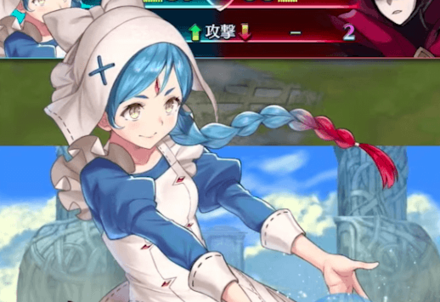 The best IVs for Lilith are +Atk and -Res. A higher Atk stat allows Lilith to deal more damage, making it easier for her to defeat foes. Res is of less importance and she is not really designed to tank magic, so it can be safely taken as a bane.

We recommend a +Atk IV when merging Lilith to 10. With a +Atk IV, Lilith's Atk stat will reach 60 with 10 merges, which makes Lilith a pretty deadly attacker. If you want to be able to perform follow-up attacks on fast enemies like Legendary Alm in Aether Raids, you can use a +Spd IV as a base instead.

Lilith is a close magic attacker (range = 1). Therefore, when not accounting for the Weapon Triangle, the amount of damage she deals will be equivalent to her Atk minus the foe's Res stat.

Can Warp Adjcent to a Support Character

Lilith's exclusive weapon, the Astral Breath allows Lilith to wrap to a square adjacent to a Support Character. With support characters on the map, you can make Lilith a very mobile Hero.

Gains a Buff Whenever Near a Support Character

Astral Breath also grants Lilith a +5 to every stat if she is in combat, provided that she is within 3 squares of a Support unit. Lilith also has access to Atk/Spd Bond which can further buff her whenever near a Support character.

Can Buff Both Herself and Allies

The C skill Joint Drive Atk grants +4 Atk to allies and Lilith if they are within 2 spaces of each other. This makes Lilith a great Support character with offensive capabilities as well.

Needs a Support Partner to be Effective

As discussed above, Lilith is most effective when there are other Support characters in your team. Make sure to integrate Support characers if you are building a team around Lilith.

Weak to Bow and Dragon Units

Lilith is a Flying and Dragon unit. This means that if Lilith is hit by a character that is strong against flying such as bows, or units anti-dragon units, she will receive 1.5x damage. Always be mindful of Lilith's positioning in relation to the enemies who pose a threat to her.

Lilith - Astral Daughter Only Appears as a 5 Star Hero!

Lilith as a Source Hero 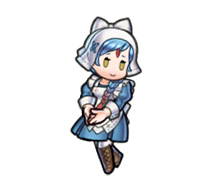 Lilith can be used to inherit the skill Joint Drive Atk. However, as Lilith is a powerful offensive Hero who also has good supporting ability, we recommend keeping at least one Lilith before foddering off any duplicates.

How to Get Lilith / Illustrations / Voice Actor / Quotes

How to Get Lilith

Lilith is a Hero who can be pulled from any summon.

Register as a member and get all the information you want. (It's free!)
Login
Opinions about an article or post go here.
Opinions about an article or post
We at Game8 thank you for your support.
In order for us to make the best articles possible, share your corrections, opinions, and thoughts about "Lilith Builds and Best IVs" with us!
When reporting a problem, please be as specific as possible in providing details such as what conditions the problem occurred under and what kind of effects it had.