Who Should You Pull from Destructive Forces? | Fire Emblem Heroes

This is a page on Destructive Forces, the Summoning Event from the game Fire Emblem Heroes (FEH). Read on to find information on this summon's featured heroes Hardin, Fallen Robin, and Surtr!

Who Should You Pull for from Destructive Forces? 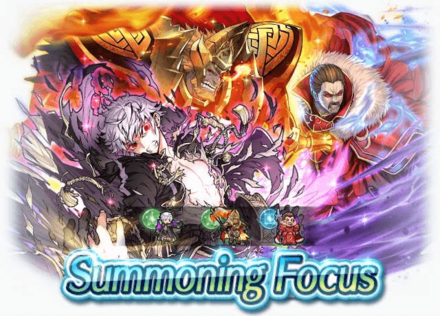 Surtr is the best hero to pull from this event!

Surtr is the best featured hero that you can pull from Destructive Forces. Surtr is currently considered the best Hero in the game, and it is not an exaggeration to say that you can often win battles simply by having Surtr on your team. As a fantastic Hero for walling off foes, he can be used in practically any situation.

Should you spend orbs on Destructive Forces?

Pull if you do not yet have Surtr!

You should spend your orbs here if you do not yet have a Surtr unit. However, since you can also get powerful Heroes such as Legendary Azura and Halloween Myrrh from the Mythic Heroes - Yune summoning event, you should compare the two summon events and carefully consider which one you would like to pull from.

Pull if you are trying to get skills for inheritance

The heroes from Destructive Forces have great skills for inheritance. We recommend pulling from this summon if you need fodder for your other heroes.

Pull if you are trying to get merges!

Hardin, Fallen Robin (M), and Surtr can all be summoned from this event, so if you are trying to gain merges for these Heroes you should try obtaining them here.

Words of advice from the Commander

Register as a member and get all the information you want. (It's free!)
Login
Opinions about an article or post go here.
Opinions about an article or post
We at Game8 thank you for your support.
In order for us to make the best articles possible, share your corrections, opinions, and thoughts about "Who Should You Pull from Destructive Forces?" with us!
When reporting a problem, please be as specific as possible in providing details such as what conditions the problem occurred under and what kind of effects it had.