List of All Bosses and How to Beat | Zelda: Skyward Sword HD (Switch) 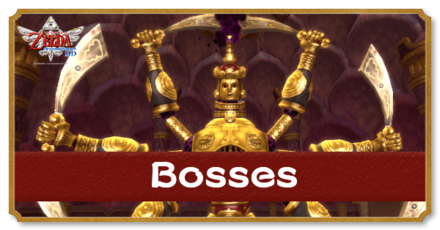 This is a list of all Bosses in The Legend of Zelda: Skyward Sword HD for the Nintendo Switch. Read on to learn where to find these Bosses, as well as tips on how to defeat them. 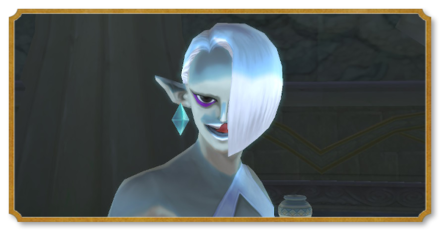 Ghirahim is not an easy foe despite being the first boss you encounter in Skyward Sword HD. He mirrors your movements and even has the ability to steal your sword from you. He can teleport and quickly move towards your direction with a blink of an eye.

The key to defeating Ghirahim is closely watching his movements to easily block any daggers he throws at you and to avoid having your sword stolen. Be careful when he mirrors your movements because any attack you throw at him will be blocked.
How to Beat Ghirahim 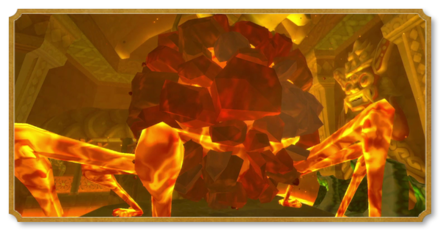 Scaldera is not as difficult as other bosses, but it is best to prepare Bomb Flowers before facing him. He will climb uphill to try to roll over you, and throw fireballs at you.

To easily defeat this boss, watch him closely whenever he is inhaling through his mouth. Quickly throw a bomb while his mouth is open to both damage him and prevent him from attacking you. Another important tip is to make sure you aren't standing still whenever he tries to attack you. Move left and right as much as you can.
How to Beat Scaldera 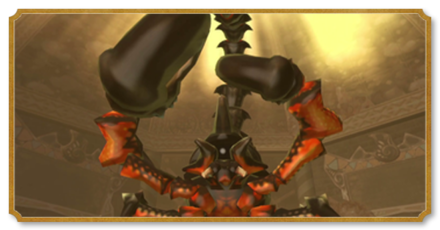 Moldarach is not a difficult boss to beat. You just need to avoid Moldarach whenever the eyes on his pincers turn red and you won't get hit. It is recommended to have Gust Bellows before this fight since it will come in handy whenever this boss dives in the sand. Use your Gust Bellows to blow out the sand and get the upper hand.

It is also important to note that his weak point are the eyes on his pincers. You need to attack him while he is knocked-down by hitting those eyes to deal a lot of damage. Whenever he rushes towards your location, make sure to have your shield on hand to protect yourself.
How to Beat Moldarach 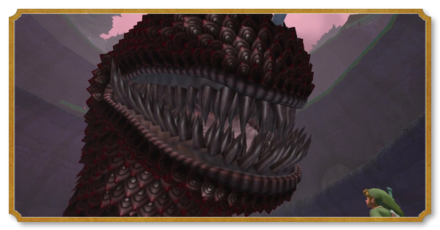 The Imprisoned is one of the easiest bosses you will deal with in Skyward Sword HD. His weakness are his toes. Make sure you use a Spin Attack to hit all of his toes at once. When you succeed, The Imprisoned will be knocked down.

Once The Imprisoned is down, drive the pillar you see on his head deeper by doing an upward slash attack. Whenever he stomps around, hit his toes quickly with a Spin Attack when one of his feet touches the ground. Spin Attack is the key to quickly defeating this boss.
How to Beat The Imprisoned 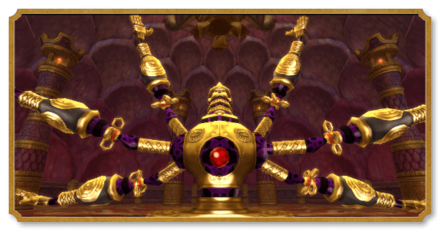 Before dealing with Koloktos, it is important to have a Whip as this is one of the key items that will help you defeat him. You need to use this whip to cut off his arms, thereby exposing his weak spot which is the red core at his chest.

You can avoid all his attacks by simply backstepping. When he tries to rush towards your location, move left or right to avoid him. If he summons bokoblins, they can be killed all at once by using a Spin Attack.
How to Beat Koloktos 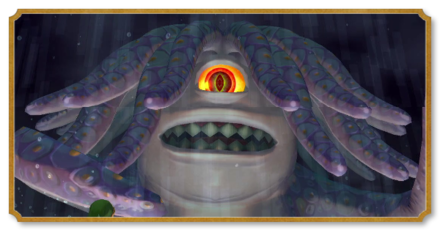 Tentalus will come at you with all of his tentacles. To avoid getting hit, slash at his tentacles first using Skyward Strike (this is important since using regular attacks will respawn his tentacles). After cutting all his tentacles, shoot at his eye with your Bow and Arrow.

Once Tentalus is knocked down, slash at the tentacles on his head (they can be hit without Skyward Strike) and then hit his eye with everything you've got.
How to Beat Tentalus

In order to help Levias, you first need to defeat Bilocyte. While on your Loftwing, use Spiral Charge to attack the eyeballs and tentacles on Levias. Fly close to Levias to make sure you to easily hit the targets.

When you land on Levias' head, Bilocyte will try to spit projectiles at you. Attack these projectiles to knock them back to Bilocyte, hitting the fins on either side of his head. When his eye is open, make sure to knock the projectile towards his eye. This is the key to defeating him.
How to Beat Bilocyte 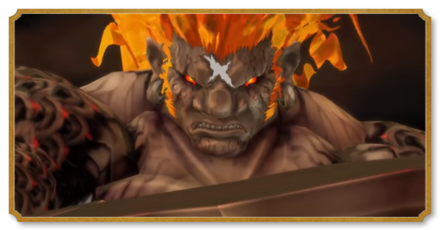 Demise is the final boss of the game, and has two stages when you battle him. During the first and second stages, Demise will block all of your attacks, so make sure you let him attack first and have your shield on hand. Use Shield Bash whenever he attacks you and quickly hit him with your sword.

During the second stage, he will try to hit you with lightning, but you can simply avoid it by backstepping as this attack has a small range. To fight back, raise your sword to summon lightning (exactly like Skyward Strike) and slash into the air to throw the lightning towards Demise. Whenever Demise is knocked down, hit him with all you've got to defeat him.
How to Beat Demise

In order for us to make the best articles possible, share your corrections, opinions, and thoughts about 「List of All Bosses and How to Beat | Zelda: Skyward Sword HD (Switch)」 with us!