How to Get the Whip: Location and How to Use | Zelda: Skyward Sword HD (Switch) 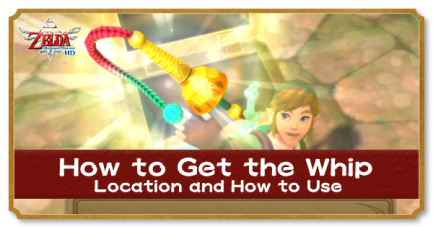 This is a guide to getting the Whip in The Legend of Zelda: Skyward Sword (HD) for the Nintendo Switch. Read on to learn where to find Whip, as well as how to use it.

How to Get Whip

How to Obtain Whip

Defeat the Stalmaster in the Ancient Cistern 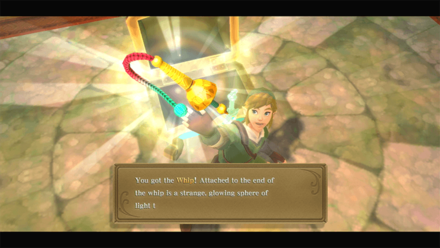 The Whip is the reward for defeating the Stalmaster inside the Ancient Cistern.

How to Use Whip 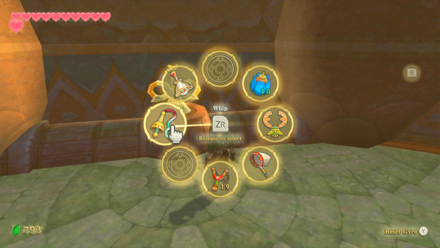 Hold down the ZR Button on the Right Joy-Con to bring up the Items menu. Point the controller at the Whip and let go of the ZR Button to equip it.

Use the Right Joy-Con to Swing the Whip 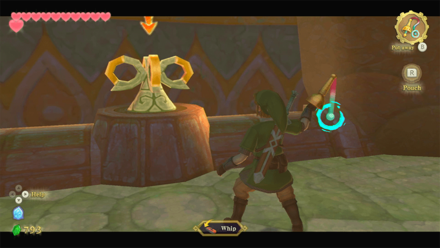 Once you have equipped the Whip, press the ZR Button to use it. Use the Right Joy-Con to swing the Whip at a certain direction.

If you are using button-only controls, use the right thumbstick to control the Whip and swing it at a certain direction.

Open Valves in the Ancient Cistern

Inside the Ancient Cistern, you can use the Whip to activate the valves to open up the water spouts. This opens up shortcuts for easy backtracking and reach the boss dungeon room. 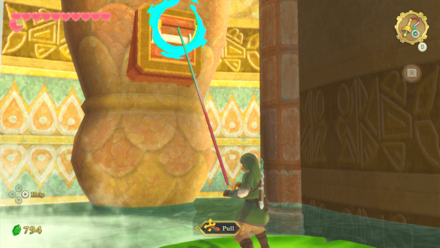 Certain enemies such as the Bokoblins may carry a shining object. You can use the Whip to steal the shiny object to get a material.

This is also used inside the Ancient Cistern to steal the small key from the Bokoblin in the B1 level of the dungeon. 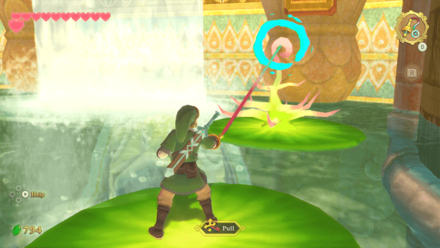 In addition to switches, you can also use the Whip to flip over water lilies. Doing so allows you to use the plant as a platform or access the area beneath it.

Use It as a Rope 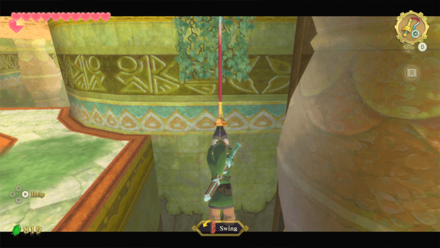 The Whip is also used as a rope to reach new areas. Look for a hook-like structure and use the weapon to swing from one area to another.

Register as a member and get all the information you want. (It's free!)
Login
Opinions about an article or post go here.
Opinions about an article or post
We at Game8 thank you for your support.
In order for us to make the best articles possible, share your corrections, opinions, and thoughts about "How to Get the Whip: Location and How to Use" with us!
When reporting a problem, please be as specific as possible in providing details such as what conditions the problem occurred under and what kind of effects it had.