This is the battle walkthrough for the DLC paralogue Black Market Scheme from Fire Emblem: Three Houses (FETH, FE3H). Read on to find out about map features, what enemies you will encounter, and tips for winning! 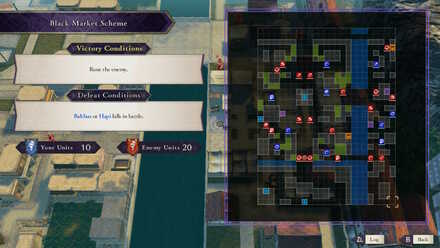 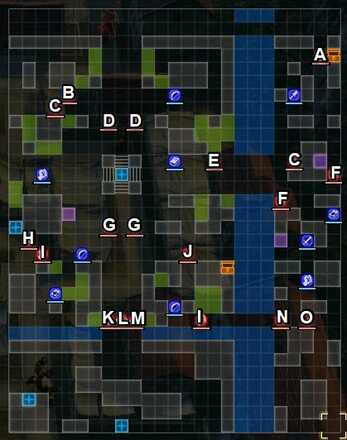 The following will come as reinforcements as you defeat more enemies. 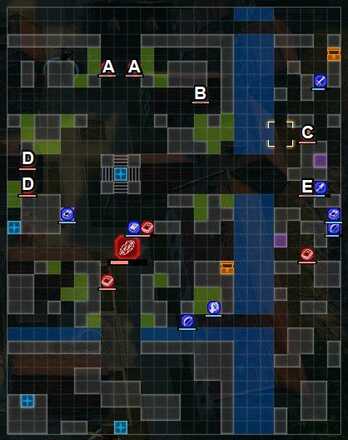 These enemies appear as a last wave.

Enemy data will be gathered soon.

Enemy data will be gathered soon.

There are 2 chests in this map, however they are no good because they have been already opened by thieves.

Secure the Arms Early On 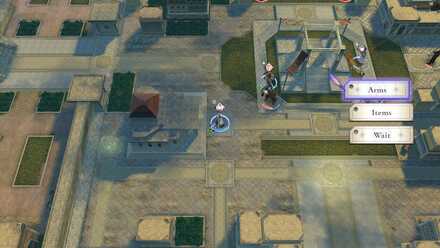 Taking control of the Fire Orb, Ballista, and Onager will be worth it in the later battle as reinforcements will keeping coming in different areas. You can also use them to deal damage to the commander from afar.

Use Them to Break the Beast's Barrier

The Forlorn Beast has an ability that raise Avoidance on certain weapons. You can first the Fire Orb, Ballista, and Onager, as well as magic attacks and gambit, to break its barrier and get it confused, then rush all your units to unleash attacks.

Take Care of the Reinforcements First

After the battle, Baron Ochs passes away as a monster, and it is revealed why he was after Vajra-Mushti. Balthus explains that the weapon is not a Hero's Relic per se, but a replica. However, it is Balthus' family heirloom, and so rather than putting his village in danger by bringing the weapon back, he entrusts it to you.

Register as a member and get all the information you want. (It's free!)
Login
Opinions about an article or post go here.
Opinions about an article or post
We at Game8 thank you for your support.
In order for us to make the best articles possible, share your corrections, opinions, and thoughts about "Paralogue: Black Market Scheme Walkthrough" with us!
When reporting a problem, please be as specific as possible in providing details such as what conditions the problem occurred under and what kind of effects it had.