This page will explain what happens when units die in Fire Emblem: Three Houses (FE3H). Read on to learn how a character's death affects the story, as well as how permadeath is different between Casual and Classic modes.

What Happens Units that Die?

They Retreat in Casual Mode 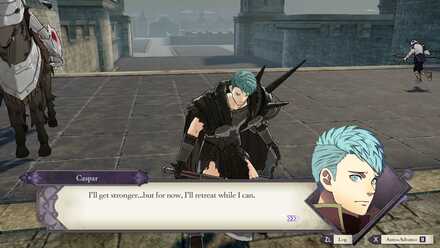 Casual Mode removes the threat of Perma-death in the game. Units that die in battle retreat, then join the next battle like nothing happened. They will lose out on precious Experience points though so avoid letting units die, even if you are playing on this mode. Make use of Divine Pulse to ensure everyone gets out alive!

They Permanently Die in Classic Mode

Units will disappear forever after their death in Classic Mode. Some characters that serve an important plot in the game retreat instead of dying, but become too injured to participate in future battles. Classic Mode provides a greater challenge in this regard, but is preferred by many Fire Emblem purists.

They Get Honored at the Ending Scene 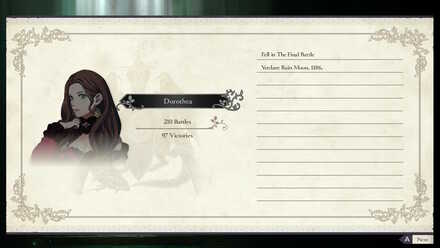 Dead units are listed at the end of the game. It shows when the unit died and nothing else.

Register as a member and get all the information you want. (It's free!)
Login
Opinions about an article or post go here.
Opinions about an article or post
We at Game8 thank you for your support.
In order for us to make the best articles possible, share your corrections, opinions, and thoughts about "Permadeath Explained | What Happens When Someone Dies?" with us!
When reporting a problem, please be as specific as possible in providing details such as what conditions the problem occurred under and what kind of effects it had.