This is the battle walkthrough for the paralogue A Cursed Relic from Fire Emblem: Three Houses (FETH, FE3H). Read on to find out about map features, what enemies you will encounter, and tips for winning! 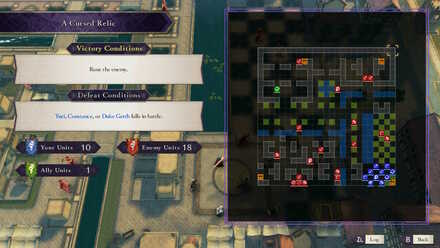 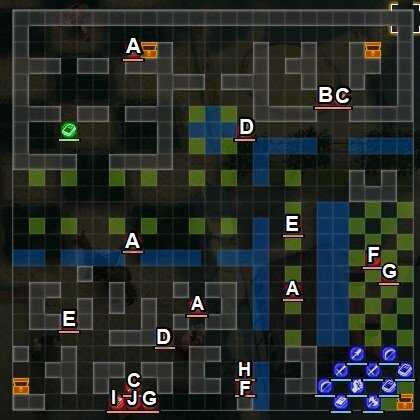 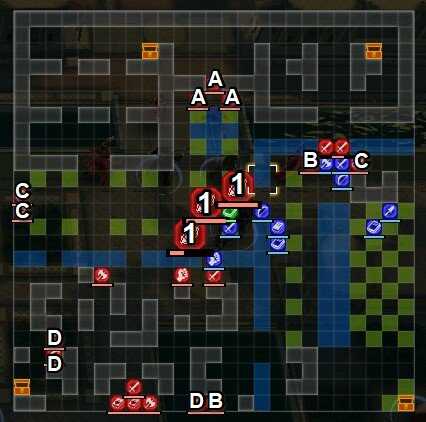 During the course of the battle, Thief units will start transforming into Demonic Beasts, and Agarthan Soldiers will come as reinforcements. 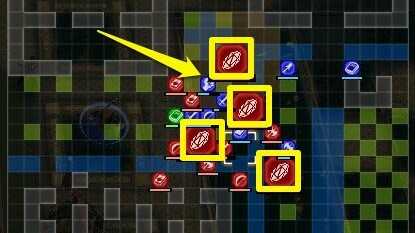 There are chests around the map, but they are already empty.

Split Into 2 Groups and Rush to the Top

When the battle starts, Duke Gerth is found on the complete opposite side of the map. To be able to get to him quickly, split your team into 2 groups and go forward and left to cover as many areas and defeat as many enemies as possible as you go to the duke's position.

Immediately Rush a Healer to the Duke

Before you get to reach the duke to protect him, he will be already fleeing from multiple demonic beasts attacking him. Make sure you rush your allies to the top to meet, and get a healer to him before his HP hits 0.

Focus on Defeating 1 Monster at a Time

You might get overwhelmed with 3 Demonic Beasts spawning at the same turn. Stay calm, and use Gambit and magic attacks to destroy their barriers and weaken them, then finish them off with stronger melee attacks.

Save the Commander for Last

The commander will not move until you attack him first. Focus on routing all the enemies, monsters, and reinforcments first, because they will outnumber you.

Paralogue: A Cursed Relic - After the Battle

After saving Duke Gerth's life, he gives you the Fetters of Dromi as thanks. Only the bearer of the Crest of Aubin can use it, and Yuri is the sole bearer. He asks you if you could talk to the Church to let him borrow it for a while, rather than letting it sit and gather dust.

Register as a member and get all the information you want. (It's free!)
Login
Opinions about an article or post go here.
Opinions about an article or post
We at Game8 thank you for your support.
In order for us to make the best articles possible, share your corrections, opinions, and thoughts about "Paralogue: A Cursed Relic Walkthrough" with us!
When reporting a problem, please be as specific as possible in providing details such as what conditions the problem occurred under and what kind of effects it had.