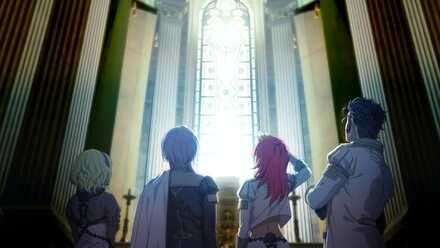 Learn how to recruit the Ashen Wolves, the newest characters from the Cindered Shadows side story DLC from Fire Emblem: Three Houses (FE3H). Read on to learn when and how you can unlock and recruit Yuri, Balthus, Constance, and Hapi, the 4 members of the secret fourth house.

How to Unlock the Ashen Wolves Characters 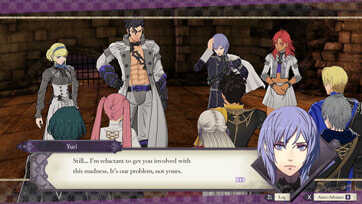 To be able to unlock the Ashen Wolves characters in the main game, you will need to play Cindered Shadows, the side story DLC. The farther you progress in the story, the more characters you unlock.

How to Recruit the Ashen Wolves in the Main Game

Once finishing the necessary Cindered Shadows chapters, you can now unlock the Ashen Wolves characters in the main game, regardless of your progress. However, you can only recruit them in Part 1. Once you have reached Part 2 or post-time skip of the story, you will not be able to recruit them anymore.

Talk to the Shifty Merchant to Go to the Abyss 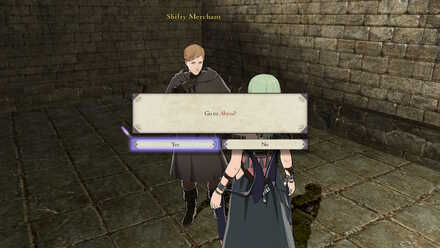 Once you finish Chapter 1 of Cindered Shadows, the Abyss is now accessible in the main game.

Simply talk to the Shifty Merchant found outside, just beside your Personal Quarters to get to Abyss.

Talk to the House Members and Recruit Them 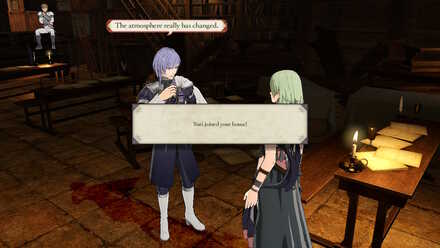 To recruit them, simply talk to them like you would when you recruit other House members to your party.

Once you recruit them, they will be able to join you in Monastery activities like any Garegg Mach students.

Unlike the usual recruitment process, there are no skill or support requirement needed to unlock them.

Recruitment Guide | Can You Recruit Everyone?

Register as a member and get all the information you want. (It's free!)
Login
Opinions about an article or post go here.
Opinions about an article or post
We at Game8 thank you for your support.
In order for us to make the best articles possible, share your corrections, opinions, and thoughts about "How to Recruit the Ashen Wolves" with us!
When reporting a problem, please be as specific as possible in providing details such as what conditions the problem occurred under and what kind of effects it had.