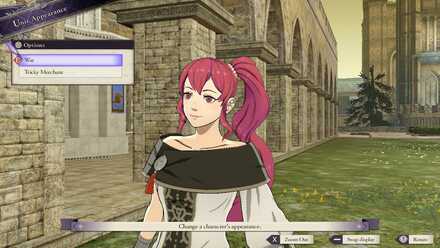 Learn how to unlock and recruit Anna, the item shopkeeper in Fire Emblem: Three Houses (FE3H). Read on to learn about recruitment info such as quests and requirements, as well as DLC outfits available for her.

How to Recruit Anna

When Can You Recruit Anna?

You can recruit Anna starting in Chapter 3. You can also recruit her in Part 2 of the story (post-time skip).

Talk to Anna at the Marketplace 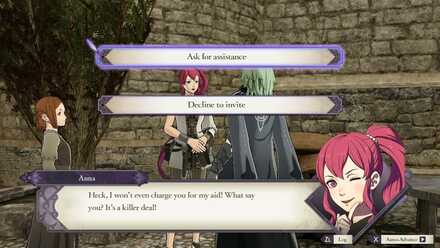 You can find Anna at the Marketplace. To recruit her, simply talk to her. Unlike House students, there are no requirements needed to recruit Anna.

Anna Has No Support Level

Sadly, Anna has no support conversations that will allow you to grow closer to her. 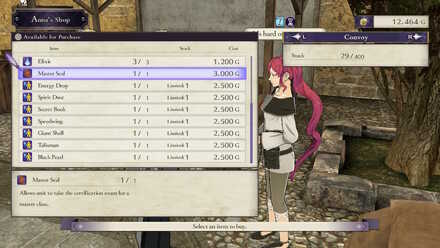 From Chapter 15 onwards, you can complete a quest called The Secret Shop, which unlocks Anna's secret shop afterward. It is a shop with rare finds, and you can only access it during exploration, so this is something you should not miss!

Should You Do Side Quests?

Anna also has other quests available through the Expansion Pass. You can also unlock her paralogue after recruiting her in the main game. 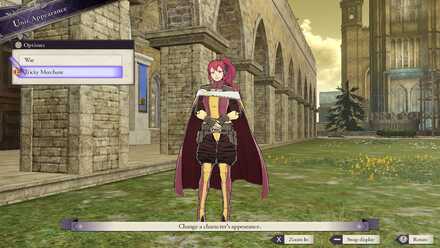 Anna has a special outfit that you can unlock after completing Chapter 1 of the Cindered Shadows side story. This outfit is exclusive to her, as her main class Trickster debuts in the DLC. Once wearing this, her portrait in conversations also changes! A small change, but pretty neat, nevertheless.

Register as a member and get all the information you want. (It's free!)
Login
Opinions about an article or post go here.
Opinions about an article or post
We at Game8 thank you for your support.
In order for us to make the best articles possible, share your corrections, opinions, and thoughts about "How to Recruit Anna" with us!
When reporting a problem, please be as specific as possible in providing details such as what conditions the problem occurred under and what kind of effects it had.