Which House Should You Pick? | Fire Emblem: Three Houses (FE3H) 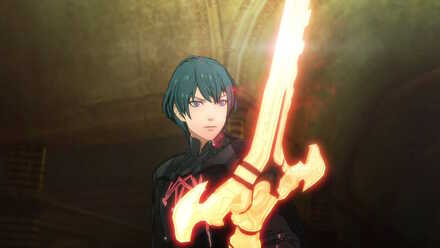 With its three titular houses and four playable routes, new players of Fire Emblem: Three Houses (FE3H) may feel unsure of which house to pick in their first playthrough. Here we we will provide a spoiler-free overview on what each route in FE3H offers, and how they compare to other routes. Read on to learn the best route for you.

One of the major appeals of Fire Emblem: Three Houses is of course, the three different houses to choose from. You will end up being the professor of only one of these three houses, and each house has it's own unique story that branches out differently than the others.

This is not hard data, nor are any of these descriptions from the developers. This is just the writer's personal opinion, dictated by their preferences and experiences with the game.

Intro to the Blue Lions 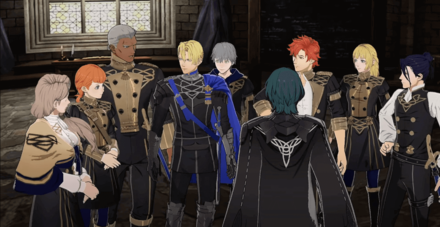 Hailing from the Holy Kingdom of Faerghus, the land of knights, chivalry, and honor, the Blue Lion House tries to live up to all these lofty ideals. Led by the prim and proper crown prince Dimitri, the Blue Lions are a very loyal bunch. All eight of them have great chemistry with each other, and they all feel like one big family working towards a unified goal.

The tale of the Blue Lions is a tale of darkness that lurks beneath people, a tale of redemption and loyalty, and a struggle to rise above loss and come back greater. The story of the Blue Lions is in essence, a character drama more than anything else. You may miss out on the answers of a lot of the mysteries, but it lives and dies on the compelling character stories and dynamics between its members.

You'll enjoy Blue Lions if you want there to be a feeling of everyone being involved and the sense that everyone is fighting towards the same thing. In other stories, it feels like all the others is just following the instructions of the leader, but in the Blue Lions it feels like each person has the same goal, for their own personal reasons. There's a more tangible feeling that they're fighting for something real, not just because they have to. 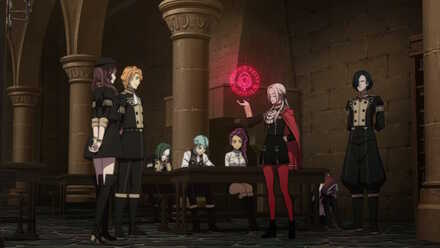 There are two routes you can go from with the Black Eagles, the Church route and the Edelgard route. The Edelgard route is the most “alternate history” route the game has, as the other three routes share events, while this route has its own version of how the war went down. This is interesting to play after other routes because it gives you insight on who exactly your enemies were thinking, and it makes Edelgard much more relatable.

The Edelgard route also talks a lot about the politcs of Fodlan, talking about the various lords and houses, which is a bit harder to follow if you haven't played the other ones. It's more worldbuilding of the political setting of Fodlan as compared to the rest of the game, though the story feels a bit incomplete as it ends before the war on Those Who Slither in the Dark begins.

This is the true route of The Black Eagles, where Byleth is mostly seen as a bystander from the conflict between the three houses. This route also focuses on the true enemy of the game as well as the truty about the church's identity as well as Byleth's origin.

You'll enjoy the Edelgard route if you love Edelgard or think that Rhea isn't trustworthy. It's also a fun alternate history to take after doing one of the other routes!

Intro to the Golden Deer 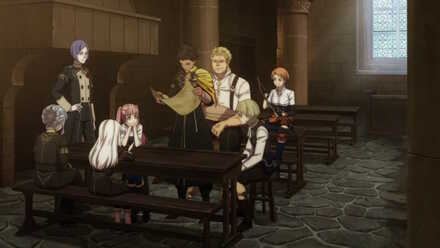 Coming from the land of the Leicester Alliance, the Golden Deer House reflects the state of their homeland. With the charming and crafty Claude at its helm, the Golden Deers are an assortment of people from different backgrounds. Their chemistry may not hold up as well as a whole, but individually they have good chemistry with a few others in their house.

The story of the Golden Deers is one of curiousity. This story is where there are a lot of mysteries that are revealed, both from within and outside the land of Fodlan. However, the characters as a group don't seem very compelling aside from saying “I'm with you til the end, Claude.” This route lives and dies on Claude's charisma.

You'll enjoy Golden Deers if you want to unravel the curtain that hides the overall secrets about the history of Fodlan. Also, this route is the only one that truly discusses the world outside of Fodlan, so it's definitely a unique perspective worth playing, especially if Claude is your favorite of the three House Leaders.

Which House Should You Choose?

Of course, you're not confined to only playing as one house. You can have multiple playthroughs going through each of the houses. However, here is our writers' preferred order of doing things, after finishing all the routes.

The Blue Lions route is a good idea to play first story-wise at least, because it is the most micro-focused story of all the houses. It doesn't focus on the wider world, but the story of the members of the house and their struggle. All revelations are directly affecting the Blue Lions, so it feels that much more personal. There will still be a lot of mysteries at the end of this, but the Blue Lions story is self-contained enough that it does not really matter. Playing the other routes after this will have a revelatory effect, so that you can make sense of the things that happened as you look back. While playing it, the questions won't really bother you that much.

These two take the middle cause they offer insight as well, wider in scope than Blue Lions but not as wide as Golden Deer. The Church route talks about the story of what happened to your character, whereas the Edelgard route is a fun what-if scenario that's worth doing despite its short length.

The Golden Deer route should be saved for last, because it can be equated to pulling the curtain back on everything. To be quite frank, it does get jarring at a point and sometimes it feels like it's more for exposition and revelation than flowing coherently as a story. It would be best to save for the last so that everything that you missed and wondered about is answered at the end.

Register as a member and get all the information you want. (It's free!)
Login
Opinions about an article or post go here.
Opinions about an article or post
We at Game8 thank you for your support.
In order for us to make the best articles possible, share your corrections, opinions, and thoughts about "Which House Should You Pick?" with us!
When reporting a problem, please be as specific as possible in providing details such as what conditions the problem occurred under and what kind of effects it had.