This is a list of chapters in Cindered Shadows (Ashen Wolves), the side story DLC in Fire Emblem: Three Houses (FETH, FE3H). Check out the links below to find out the best way to tackle each chapter! 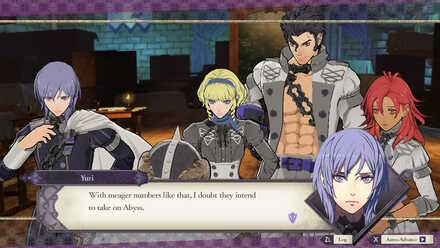 You and the House Leaders are off chasing a bandit when they are stopped by a suspicious hole in the wall leading to a deep tunnel. They are then joined by Ashe, Hilda, and Linhardt to investigate the the place. You are then stopped by a group of people called the Ashen Wolves, which was revealed to be the secret 4th house.
Ashen Wolves Chapter 1: The Fourth House Walkthrough

Chapter 2: What Lies Beneath 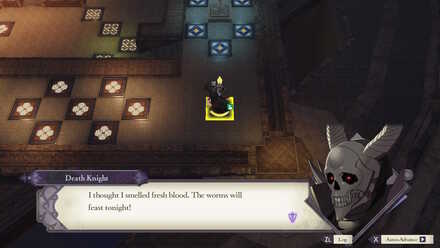 You are given the chance to explore Abyss, a sanctuary for lost people and for those who need help. Yuri asks you to join them in ambushing the mercenaries who are bound to attack Abyss. You lure them into a huge arena, and a familiar villain, Death Knight, appears in the battle as well.
Ashen Wolves Chapter 2: What Lies Beneath Walkthrough

Chapter 3: The Rite of Rising 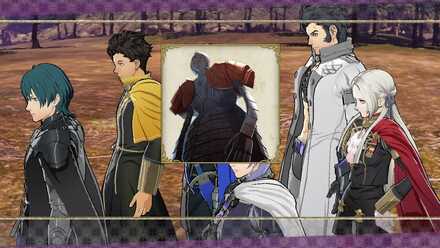 After meeting Aelfric, you learn more about your parents' past in the Monastery. The units also discuss about what the thieves are going after. Aelfric tells about the Chalice of Beginnings, a holy artifact that let you resurrect the dead, which was created by the Saint Seiros and the 4 apostles. The artiface is sealed and guarded in the Chasm of the Bound, and everyone agrees to find it to get more information to stop the mercenary attacks on Abyss. You are then stopped by golems, creatures held by magic, and they will not let you get away.
Ashen Wolves Chapter 3: The Rite of Rising Walkthrough

Chapter 4: Danger in the Dark 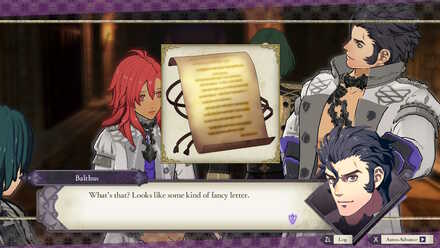 After successfully obtaining the Abyss, the group head backs when they see they are still being pursued by the golems. It is impossible to fight them all back as more of them appear. Yuri lures them into an area with multiple gates, with the plan to close them off and escape. When you return, you are met with terrible news.
Ashen Wolves Chapter 4: Danger in the Dark Walkthrough 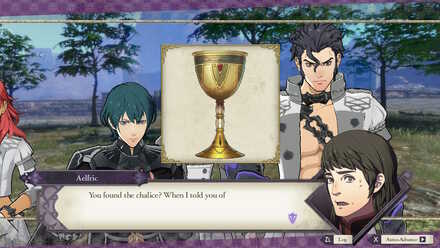 With Aelfric's kidnapping, the group has no choice but to report to Rhea. They explained the events that transpired and asked her to let them bring the Chalice and save Aelfric, as the perpetrators will kill Aelfric if the Seiros Knights are involved. Rhea finally agrees, saying that nobody can replicate the Rite of Rising, the ritual to resurrect the dead. The Ashen Wolves also reveal a secret regarding their crests. The team heads off to the chapel, off to save Aelfric.
Ashen Wolves Chapter 5: Betrayal Walkthrough

Chapter 6: Return to Me 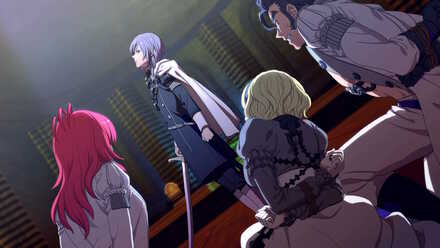 After the twisted turn of events, Aelfric planned to use the chalice all along, with the intent to resurrect Sitri, your mother. Aelfric starts the ritual, draining the blood from the Ashen Wolves, when Yuri reveals that he was one step ahead the whole time. With that said, the backup arrives in the Holy Mausoleum, where Yuri asked you to meet him before the events transpired. It is up to you to save the students and stop the ritual. 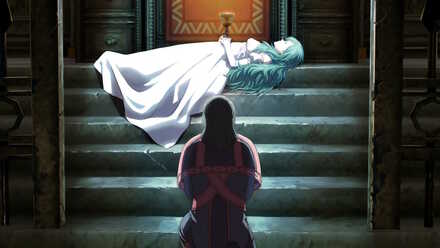 Aelfric escapes and persists to finish the ritual, offering his own blood, when the chalice consumes him and Sitri's body and becomes a monster called an Umbral Beast. Rhea orders you and the group to take down the beast before it attracts more monsters. Aelfric meant well with founding the Ashen Wolves, and resurrecting Sitri, but it all took the wrong direction. It is up to you to swiftly free Aelfric from his misery.

Register as a member and get all the information you want. (It's free!)
Login
Opinions about an article or post go here.
Opinions about an article or post
We at Game8 thank you for your support.
In order for us to make the best articles possible, share your corrections, opinions, and thoughts about "DLC - Cindered Shadows Walkthrough" with us!
When reporting a problem, please be as specific as possible in providing details such as what conditions the problem occurred under and what kind of effects it had.